Today’s piece comes from Ryan Berger. Ryan tells us about his humble beginning in photography; fast forwarding through his digital cameras, our friendship that has been cemented through photography, and his new-found love for his Fuji GA645zi that breathes new life into his creative expression and hobby to record his daily life.

Reader Excerpts allow those who read Now Developing to become part of the collective by sharing a written piece alongside their images on a topic of their choice.  If you are working on a project, would like to display some of your work, explain your creative process, or have any other prospective ideas for a personal perspective piece and would like to have it featured here, feel free to contact me!

I remember my grandmother’s love of disposable cameras. Growing up, every trip we went on, we packed a 10 pack of those cameras so my grandmother could snap away and gather the memories that defined our family vacations. I thought it was silly at the time, and always got a kick out of the developed images – 80% of them including her thumb in the corner of the frame. She’d always throw me a few, and I would take pictures and then always be excited to see how they turned out as we waited to get the developed film and prints back from Walgreens. 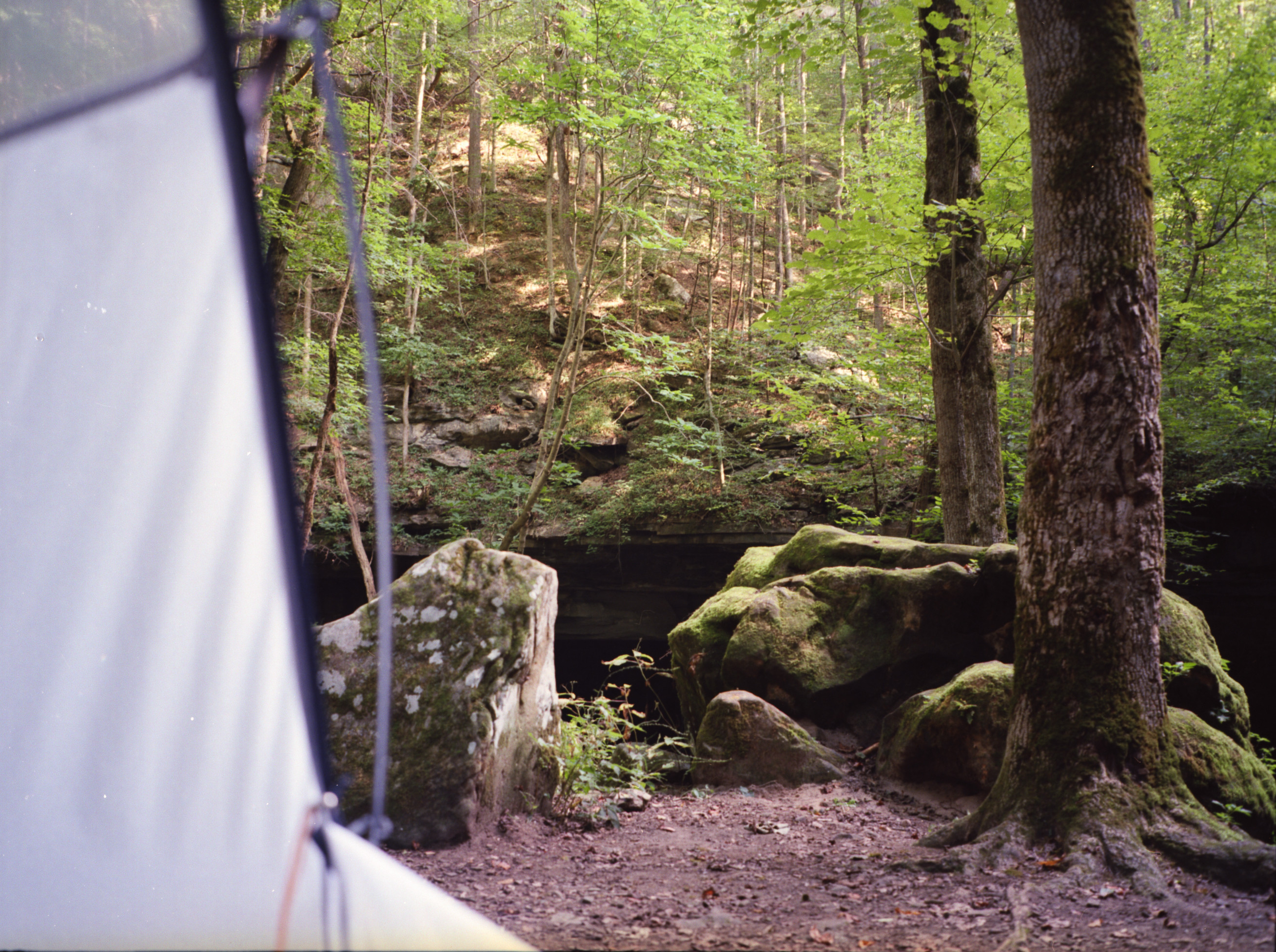 Looking back now, even as imperfect as those images are, they’re super meaningful and they make me remember things that I’d otherwise forget. It’s not that the photos are anything special (Sorry, Grandma, but those cameras are really terrible), but they’re real. Capturing the everyday moments that otherwise get filtered out by the constant fire-fighting we do in our lives. I never really thought about it until I sit down to write this up, but without a doubt, her style of photography, inspired me. A simple goal: to try and capture my life through a lens: my everyday life. 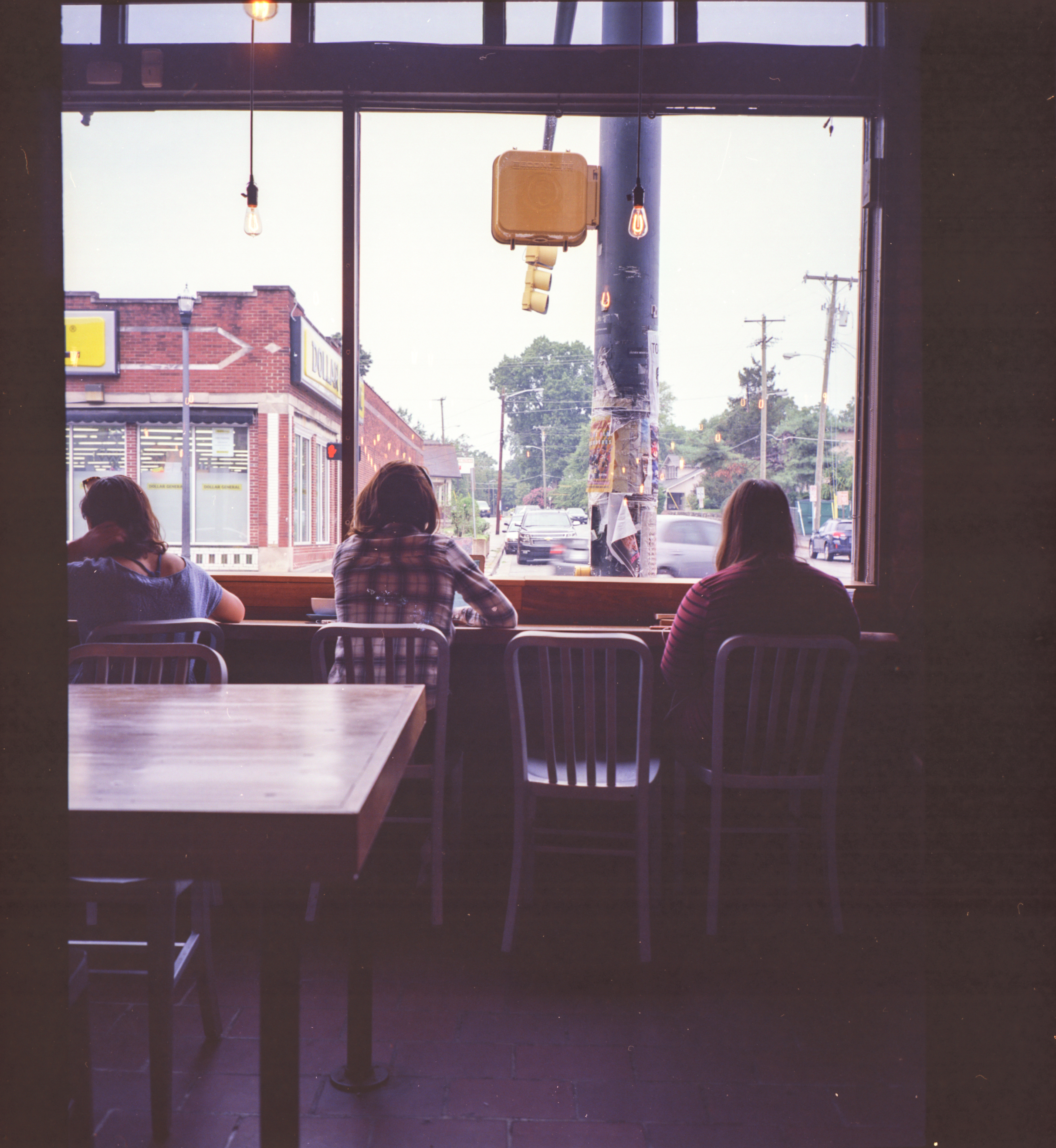 I remember asking my mom for a digital camera when I was 14. We were getting ready to move to a new town and I wanted a hobby other than video games. She got me a Canon PowerShot ELPH, a very simple digital point and shoot. Honestly, I think it was 3 megapixels. I loved that camera, it went everywhere with me and I took pictures of everything. This continued on until I got to the point where I felt like I wanted to pursue photography more seriously and move into shooting with a DSLR. For my 18th birthday, I ended up with a Nikon D40, and the kit. I met Dylan about 10 years ago, through our current admiration for edgy streetwear brands and photography alike. Still shooting with the D40, but using a 35mm prime lens. We both lived in the same town where it was hard to make friends, even harder to make ones that shared similar interests. We grew up together, taking photos. The cameras we shot with changed, but we always took pictures. I stuck with digital, moving to a full frame system to shoot some menswear-fashion work for a blog I was running at the time. As the commissioned work kept coming in, I got more and more tired and burnt out of taking photos for personal enjoyment. 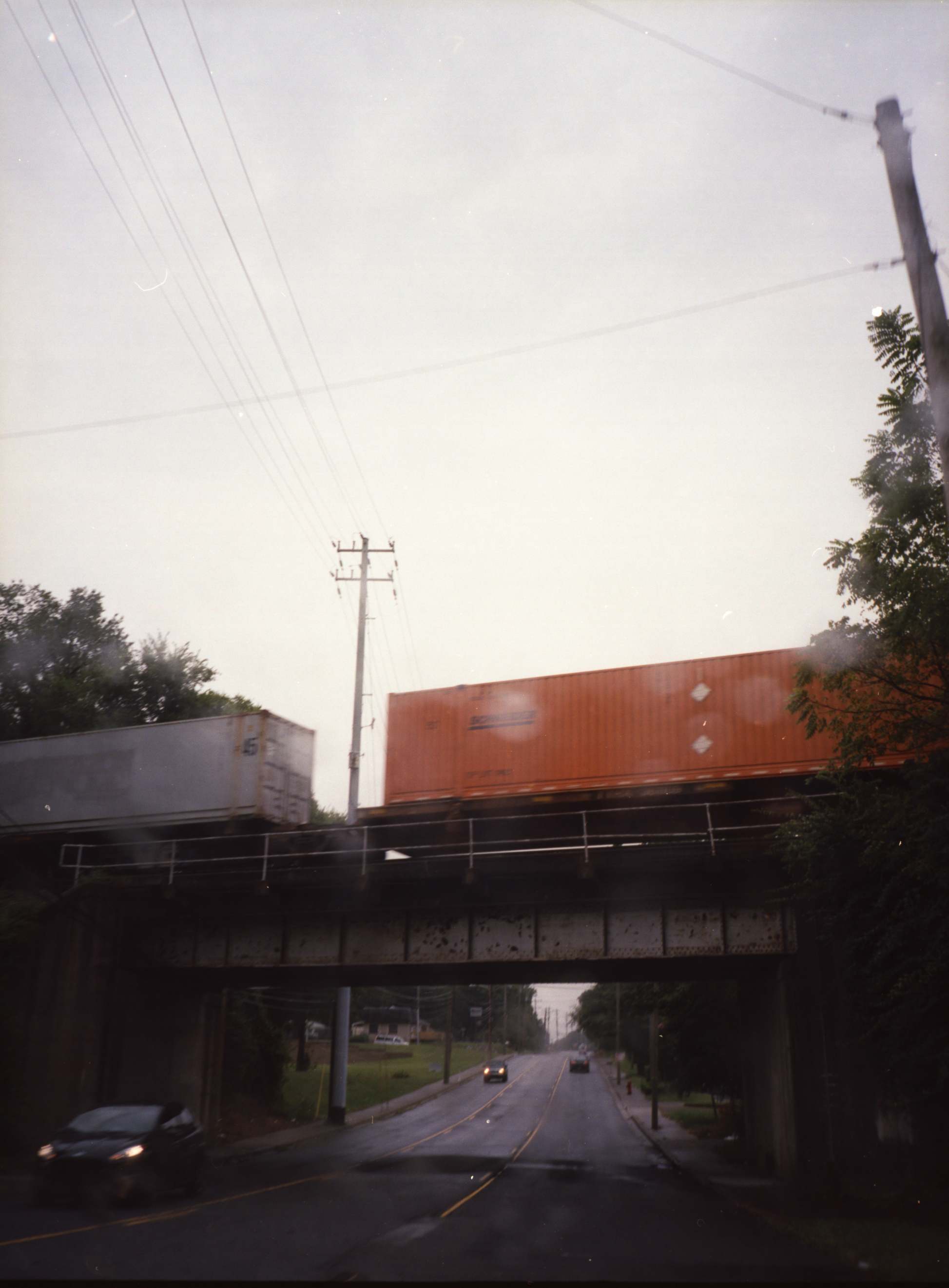 After starting to feel myself lose interest in photography, I decided to switch back to a pocketable point and shoot, a Ricoh GR digital. This camera brought my heart back into photography, and made me want to go out and just walk around the city and take pictures of whatever caught my eye. 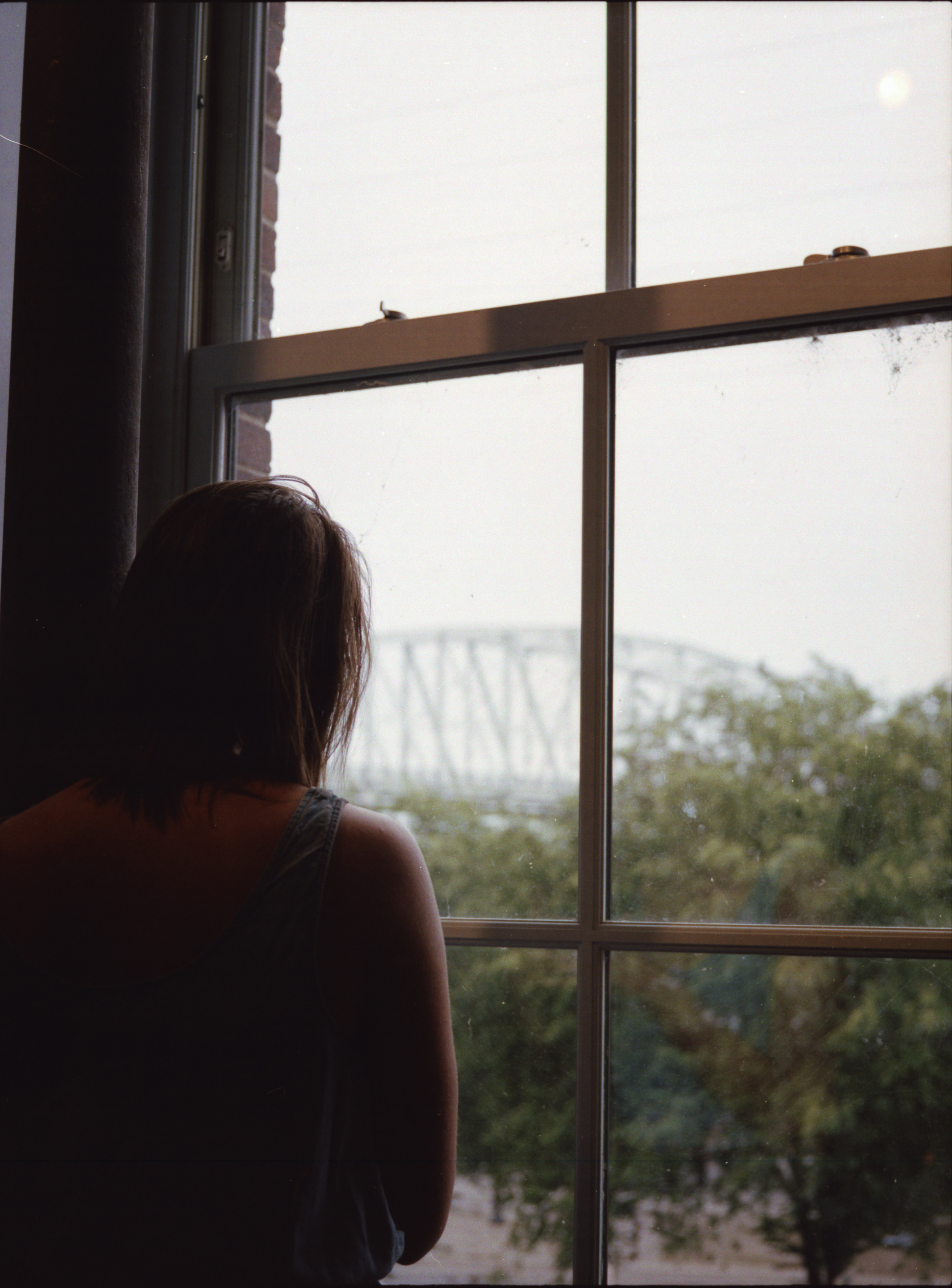 Me and Dylan got an idea to show some work at a coffee shop in our city, and it was a huge success. Everything I showed was from this tiny camera that was always in my pocket. I loved the idea of that. That I could make images that people enjoyed from a camera like the GR. It was simple. Just a 28mm 2.8 lens, no fancy glass or interchangeable lenses needed. 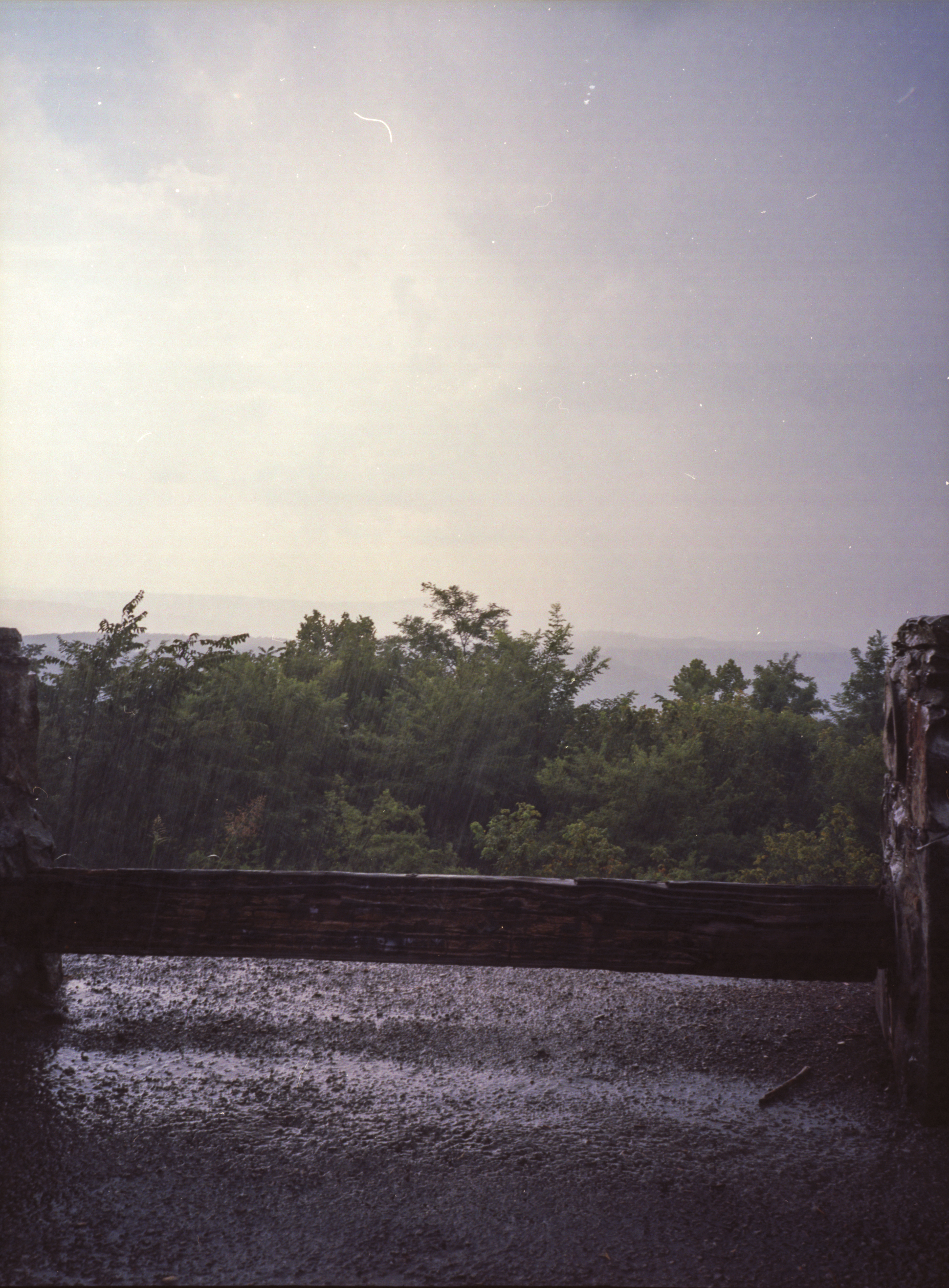 After three years of shooting with the Ricoh, and seeing my work alongside Dylan’s, I could always see the difference of medium format, the unexplainable depth that the photos had, compared to a digital sensor. Ever since Dylan had made the switch to just film, I was always inspired by the process and the end result as well. Finally, I showed an interest in trying out a film camera and after a pretty quick conversation, decided on a Fujifilm GA645zi. It was the perfect gateway from digital to film that fit my shooting style: a medium format camera, but still a simplistic enough for my personal shooting style. 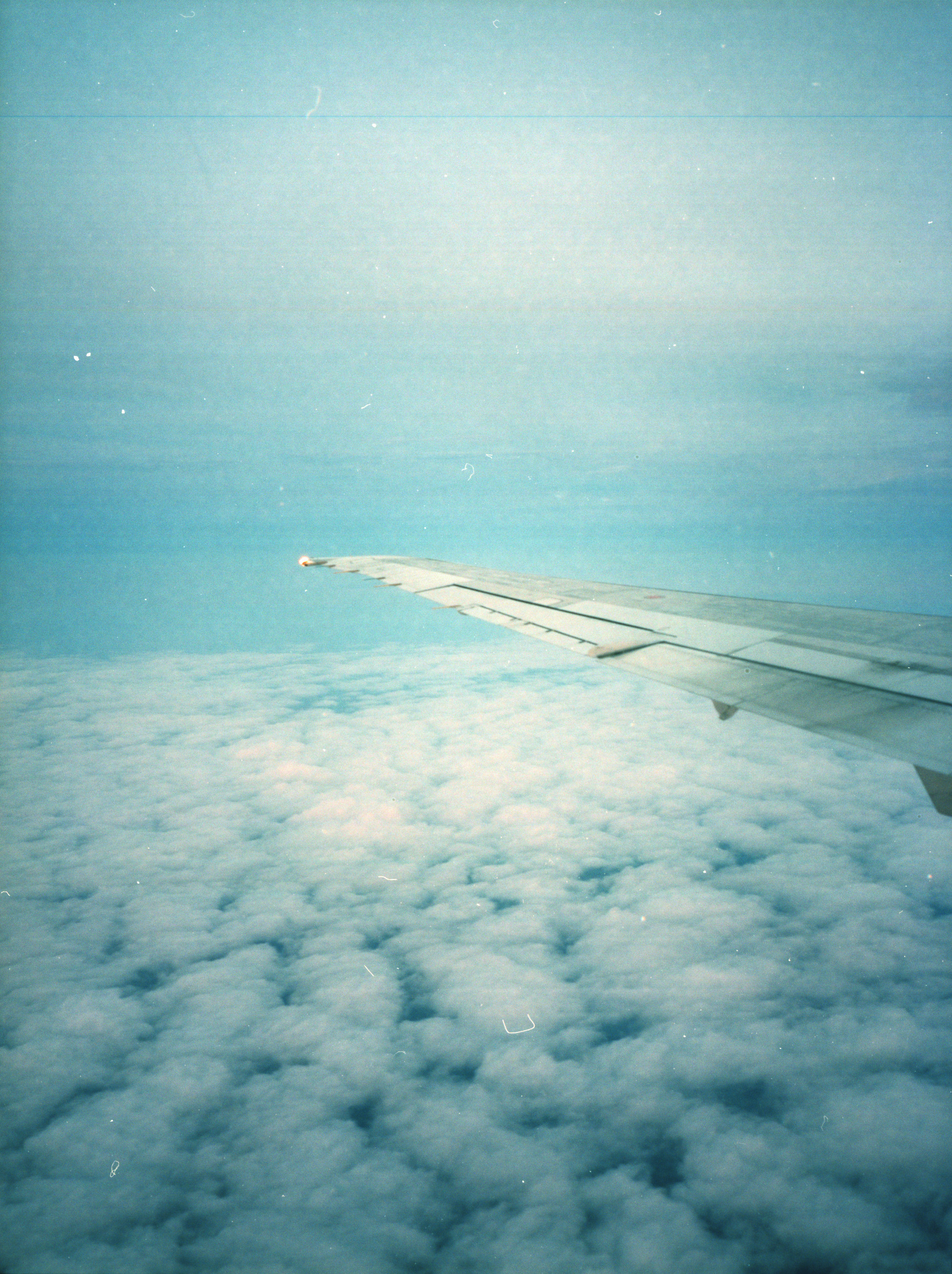 Quickly going through a roll of film the day the camera arrived from across the pond from Japan, I was anxious to see the results. Without a doubt, I knew there would be a learning curve. No on-screen focus confirmation, no 7-shot burst on the same subject, and most importantly — no instant gratification. Just a quick look to see if my lens cap was off, and the hope that I focused on the right distance. It was weird not being able to get home, move over 30 photos, pick 10 of them, edit, and post them to Instagram right away. I liked that feeling though, I had to slow down and really think about the things I took pictures of and how I composed the shot. This camera made me be careful with photography, but in the best way. It’s quirky, and I’m still learning to embrace those quirks, but I’m stoked.

Getting back that first roll, despite forgetting to take the lens cap off for a few photos, was such an amazing feeling. I always take photos to remember a feeling I’m having, so that whenever I look at that, I can go back and remember why I took it to begin with. This hasn’t changed in my transition to film, but the internal result for me was amplified by seeing my photos in a new format and essentially a new medium all together. 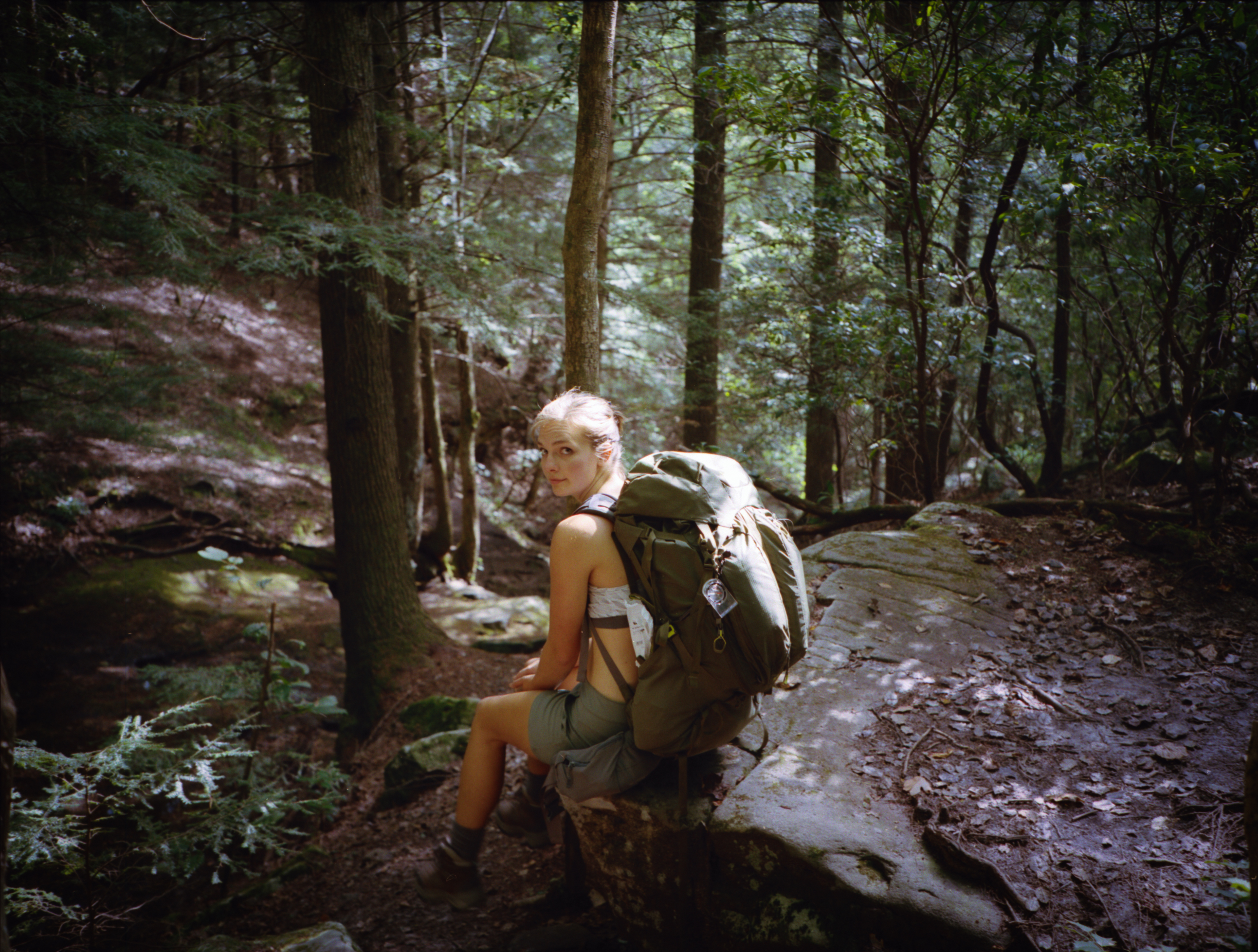 I don’t know all of the film lingo, as this is all extremely new to me, but the tones that came through just blew me away. Gradient coloring like I’d never seen in my digital photos, and image depth that I think surpasses a full frame sensor in its own right. I was sold, so sold that I told myself I should just shoot film for a few months and learn this new world inside and out.

Shortly after those first two rolls, I had a quick weekend trip to Nashville upcoming. Camping in the mountains with my girlfriend, and then just spending a day in the city. With the decision already made to just shoot film for a while, I stocked up on some Portra 400 and Ektar 100, crossing my fingers that I wouldn’t take a bunch of blurry, improperly exposed, or out of focus photos. 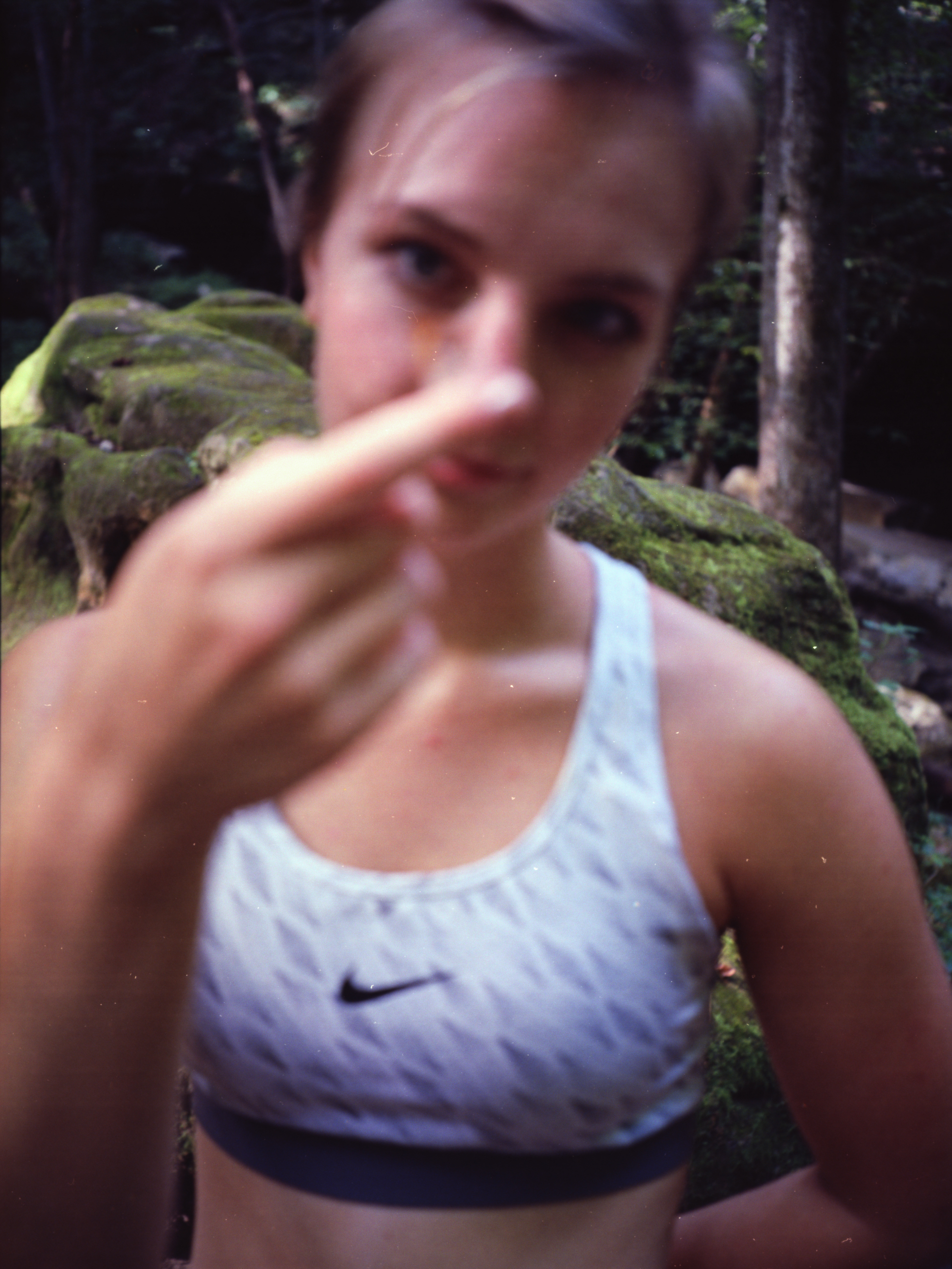 Out of the 4 rolls I shot, I took 3 photos with the lens cap on, 13 photos that were either blurry or underexposed, and 48 usable photos. Out of those usable photos, I loved all of them. Unlike my easy to throwaway digital photos, to me, these were all great photos, even with their imperfections. Whenever I look at them, I’m taken back to how I felt the second the shutter clicked. From taking the photos, having them developed, scanning them in, and then proofing them, it was just a really great feeling to see the images come to life. I’m excited to continue down this road, learn as I go, and hopefully make some really rad photos in the process.

All photos were taken using a Fuji GA645zi on Portra 400