Part of the Process: Caleb Hartman

Part of the Process is a series of posts that puts the spotlight on film photographers and DIY film developers.  These features provide unique experiences and perspectives on shooting and developing film while also showcasing diverse talent and film photographers around the globe.  If you are interested in being featured, feel free to contact me!

What other websites or blogs do you keep up with to feed your photographic interests?

Anything and everything really. Japan Camera Hunter has been of interest as of late. But I also tend to regularly check out Negative Feedback, Film Photography’s Podcast, Analogue Talk Podcast, and Flickr for the o Casio al scroll-through.

What attracted you to film photography? How did you get started/introduced to shooting film? How soon after did you start developing?

Everything about it really. The intimacy, expression, physical copies, subjectivity, philosophies attributed with, history, grain, methodical approaches, the list goes on. To put it simply, the finished product just feels well-earned. There’s more to the process than simply snapping away. Don’t get me wrong, shooting digital is wonderfully efficient in many ways, but I think there’s something a bit more in-depth and personal to be said about shooting film, and the process behind it. Slow down, step back, think twice, etc.. (for the most part). It’s a very humbling and rewarding experience. 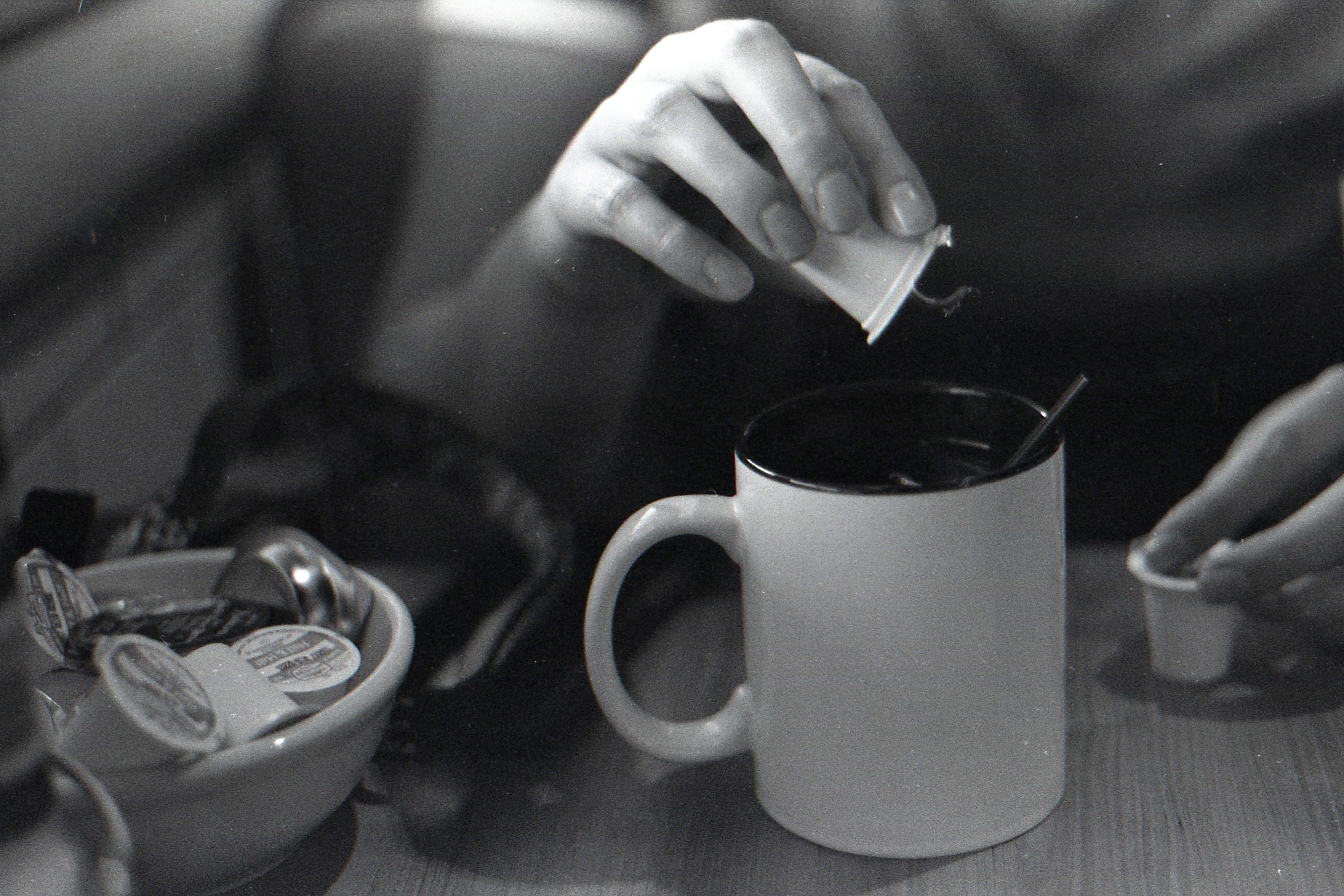 On a side note, I’m one often to get swept up in the hustle and monotony of everyday life. I feel shooting film has really forced me to slow down, and appreciate life and it’s intricacies a bit more. It’s easy to become detached from everything around you. Kind of another reason I wanted to work with film. Necessities. It’s been a pleasant experience so far.  Minus the tourist comments.

Truthfully, I’ve always been into photography but never really pursued it; however, a couple of months ago I figured I’d need another hobby, as I often like to stay busy, and powerlifting was just too mentally and physically taxing for me to really focus on my academics at hand. Considering I basically travel around locally for work, I figured why not give photography a go. After keeping up with his blog for some time, I shot Dylan a message and enquired about where and how to start. A month later I was set up with a little Pentax ME Super, and it’s been chill ever since. 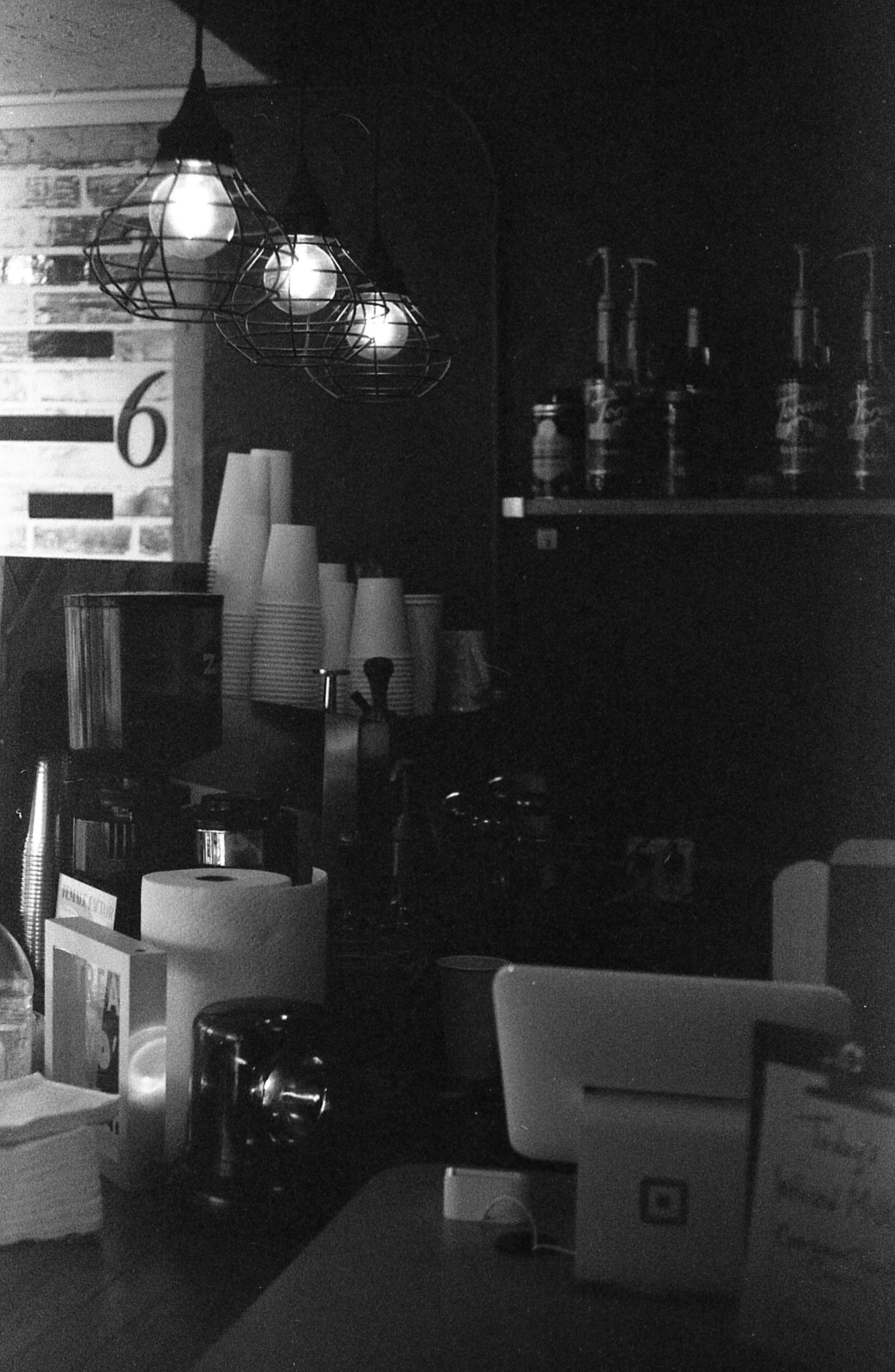 I’d say about a month after I started shooting, I was fortunate enough to come across someone selling about $300 worth of equipment for $30. This included two bulk loaders filled with TMAX, dark room data guides, empty canisters, slide film, a stainless steel tank, a few chemicals, the whole nine yards.

Needless to say, I loaded up quite a few rolls and shot all of them within the next week or so. I figured since I was storing up so much film and already had half of the equipment needed to develop the film, I might as well do a bit of research on the developing process. Ordered some chemicals a week or two later, as the ones I had received were shot, and gave it a try. I think the developing process really sealed the deal for me. I mean, not only is it relatively cost efficient, but there’s something about pulling the film off of the reel and seeing the finished product that blows you away, every time.

What do you like to shoot on a regular basis?

Pictures of my dog. Dogs are the best. No, I’m kidding. … sort of. Anything and everything really. If it catches my eye, I’ll shoot it. I’d like to delve into street photography a bit more, but it’s not really feasible where I’m from. Rural town, pastures, and a church on every corner, the same rhythmic patterns. You know what I’m talking about. It’s not all bad though, I guess. Ultimately, I’d like to move to a more populated place. 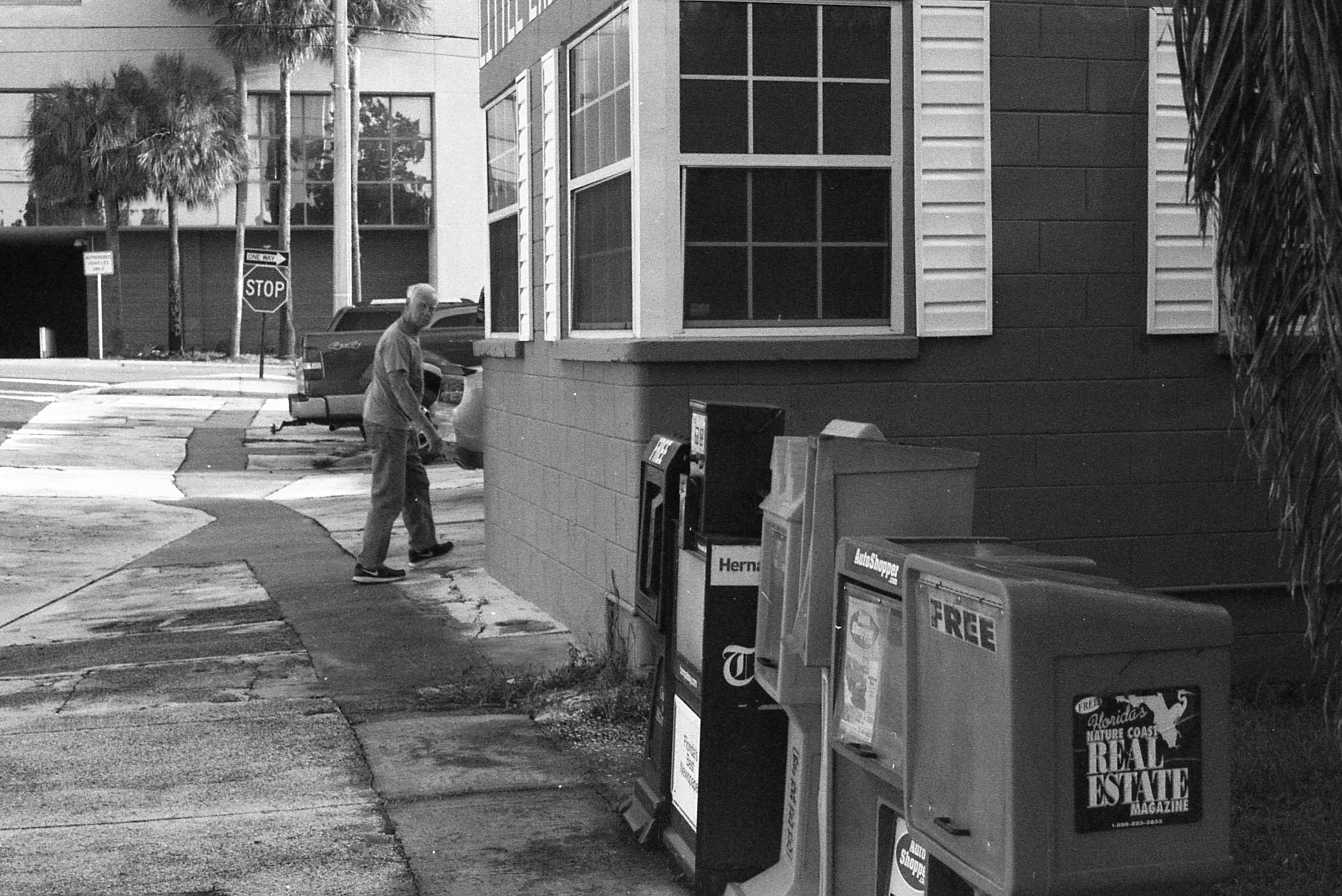 35mm strictly, at the moment. I have a Pentax ME Super, and a Canon AE-1. I’m slowly delving into the wonderful abyss that is film photography though.

What types of film do you develop?

C-41 and black and white. I’ve been meaning to jump into E6 though just for the experience, as I have a bunch of slide film laying around. All in due time. 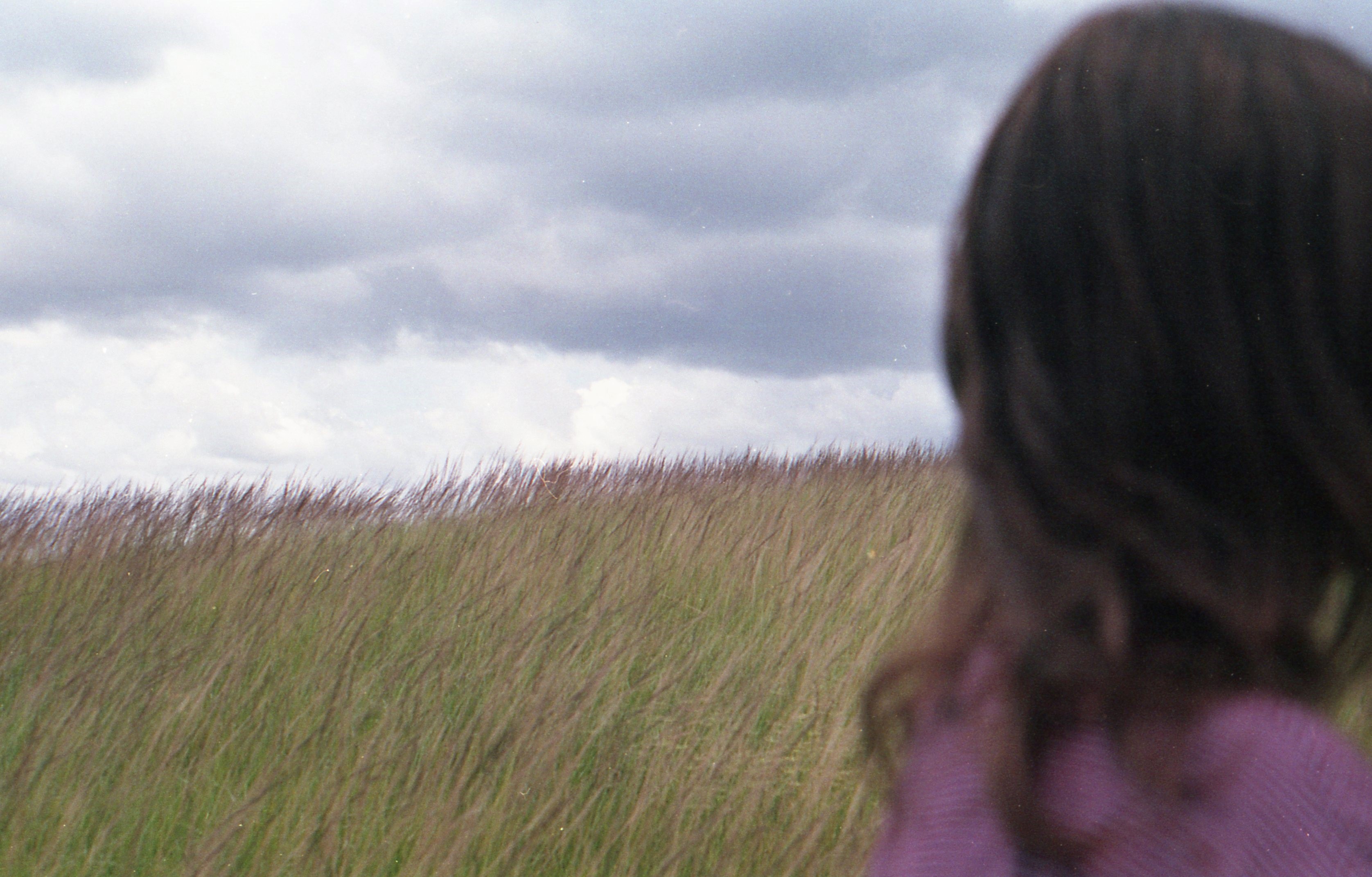 Tell us about your first experiences in developing your own film.  How did you muster the courage to give it a shot? What resources did you use?

YouTube, Massive Dev charts, a few forums, and the “Develop” app. My first attempt at developing film went pretty well, actually. I think the biggest struggle for me initially was making sure the temperatures for the developer and fixer were correct (shooting B&W at the time). Also, making sure everything was easily accessible and ready to be used. Everything went fairly smoothly though, despite the fact of how daunting it seemed at the start. 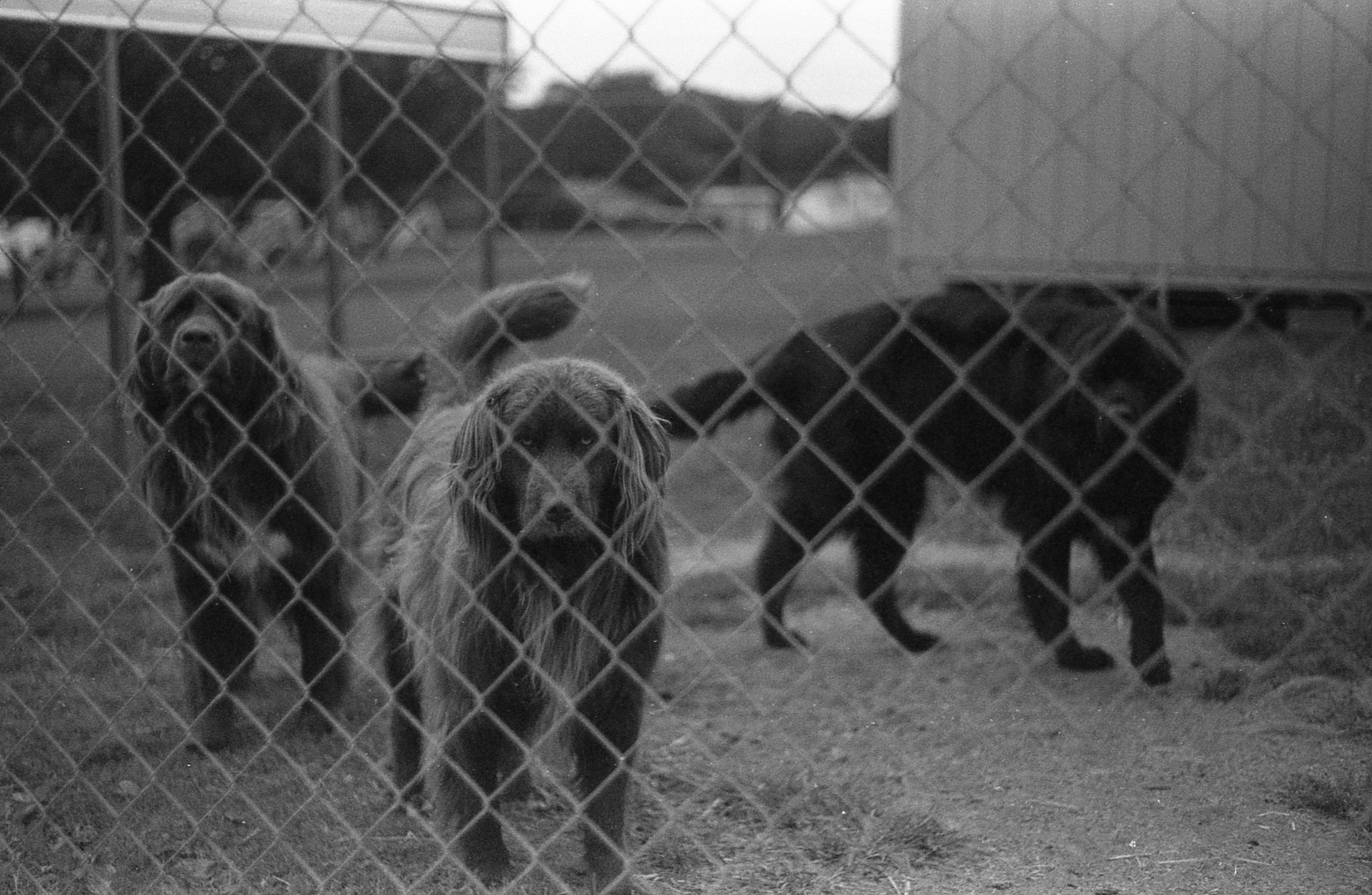 What’s your processes regarding scanning, enlarging, and/or printing your work?

I currently scan the negs straight through with an EPSON V300. It’s not the best, but for $15 it gets the job done. I think it is good for generally sharing with the world. I’d like to dive into enlarging and printing sometime in the near future too, as it seems pretty awesome.

What equipment are you using to develop your film and why?

Literally the budget basics. The “Develop!” app, Massive Dev charts, polyethylene terephthalate bottles, a stainless steel tank, thermometer, funnel, and a bathroom that doubles as a darkroom by sealing the frame. B&W chemicals consist of Kodak D-76, and Ilford Rapid Fixer. Water is used as the stop Bath. 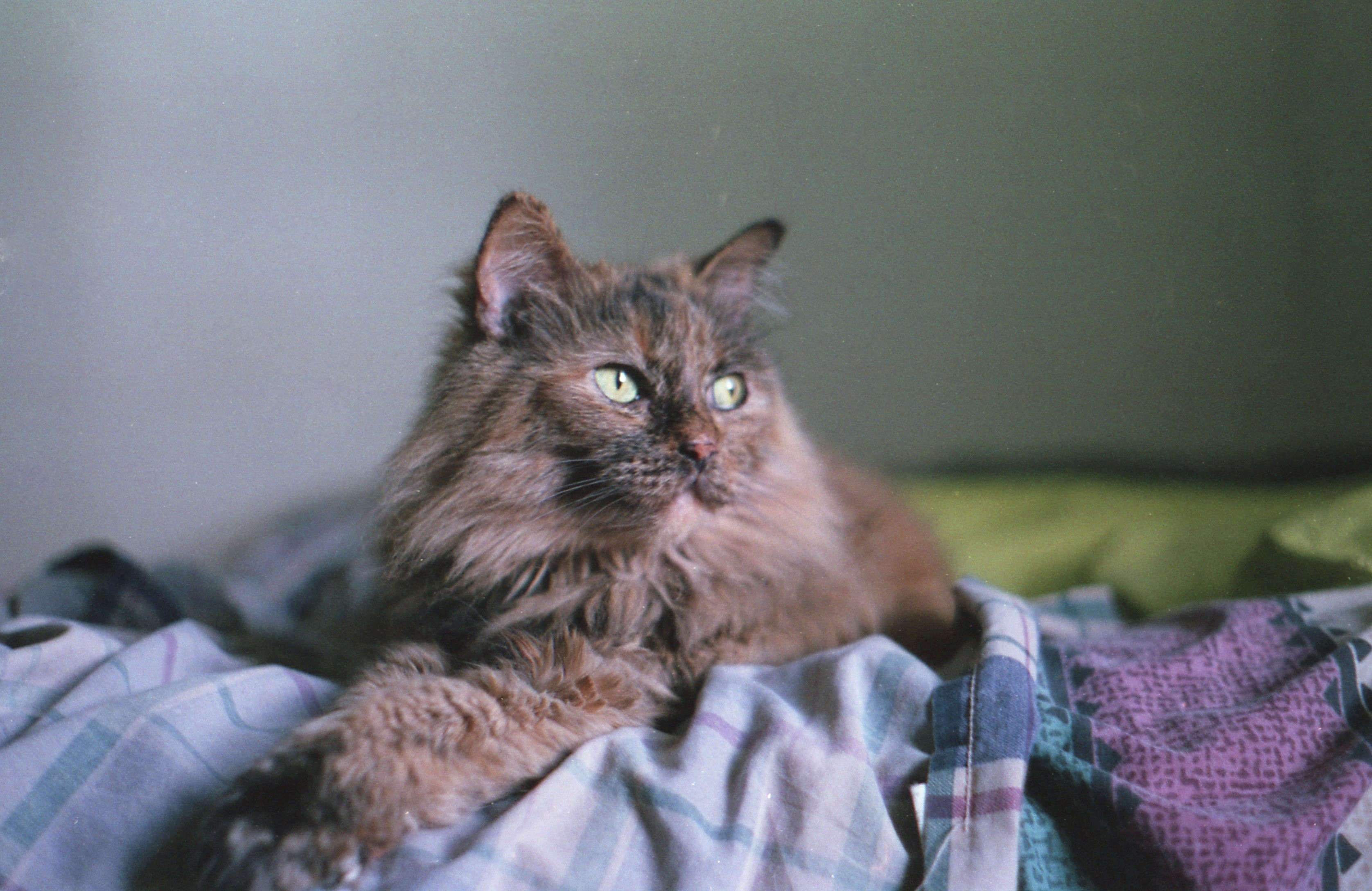 Are you content with where you are now with your shooting and developing? Do you have any future plans or ambitions?

Never. The urge to improve is ever-present. I’ll finish developing a roll, get the negatives scanned in, and be like “Damn these are cool, but they could be better.” Ever since I’ve started shooting, I’ve seen a bit of improvement in the composition and such of each roll, though. 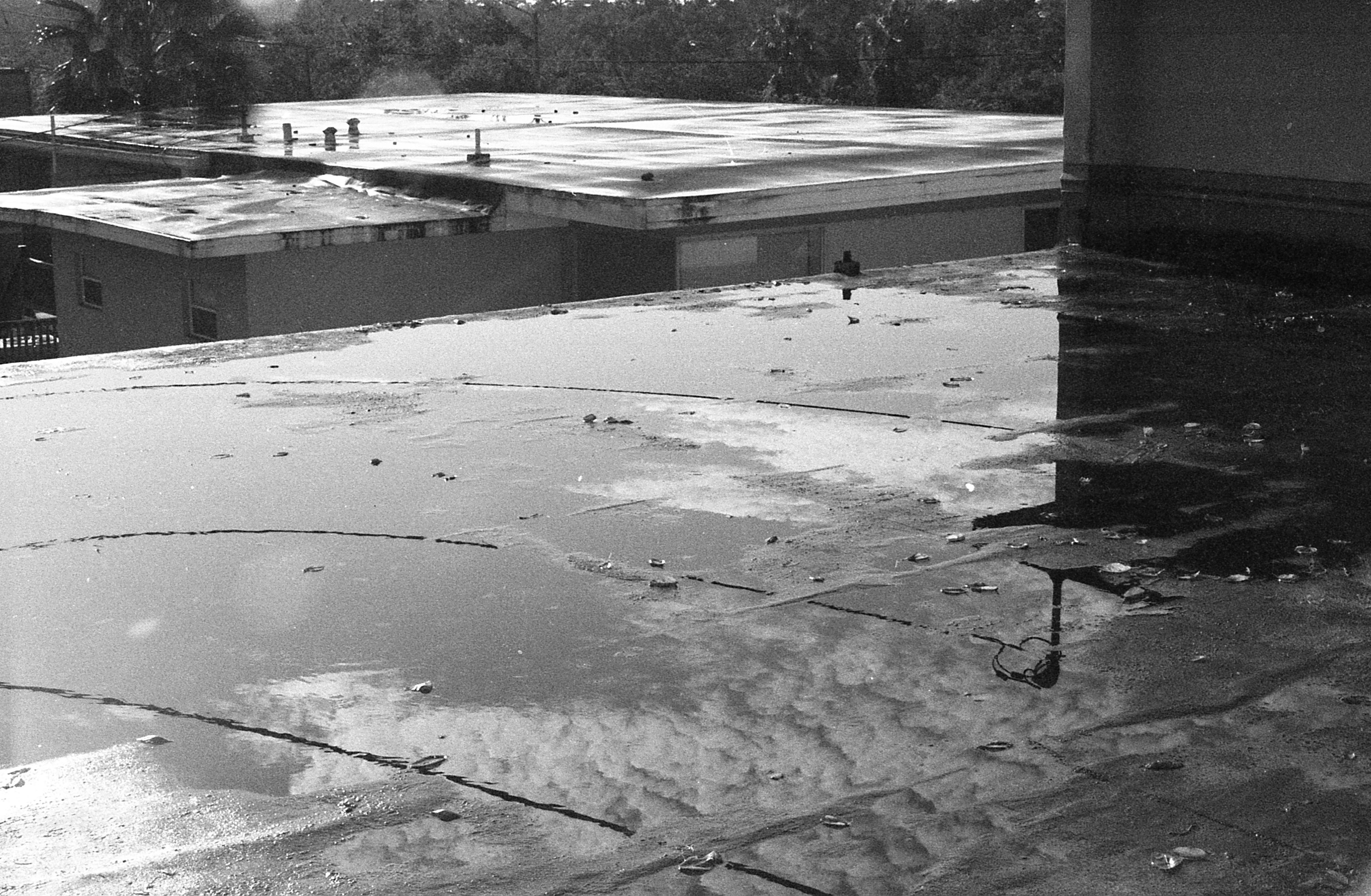 Developing still remains somewhat of a mystery to me, truthfully. I think it may just be an experience thing, though. I actually realized I had been over-developing my film recently. But over-developed, under-developed, art is in the eye of the beholder, right? So there’s been a lot of play in the developing times and temperatures lately. Learning the boundaries, what’s appealing, so on and so forth.

A zine would be cool! So would opening some small-time “developing lab.” Id imagine these things are a bit down the road, though.

Have you completed any notable projects or in the process of creating something from the film you have shot and developed?

Nothing, yet. I’ve got some personal project ideas floating around, but nothing set in stone yet.

What advice can you give to others who are interested in shooting and developing film but are apprehensive about getting started?

Give it a go. Seriously.