I have just passed the two month mark on this blogging endeavor.  To be honest, it’s one of the things I look forward to putting my time and effort into.  It’s fun, it’s challenging, and I like knowing there’s a few people who are reading every post keeping me accountable and driving me to create more content.  Just like teaching, I feel like I am imparting knowledge into the vast unknown of the internet (best case scenario).  Just as likely that no one is reading this is the possibility that I actually have some sort of affect on someone; whether they start developing film, adjust their darkroom habits, admire my work, or simply start a conversation with me.  All of these things are possible and humbling things for me to think about.

Over the course of the past couple of months, people have sent messages asking mostly about my development process and they have also sent many encouraging compliments.  One such individual was my new friend Kris.

Kris reached out to me via Instagram and told me how much he enjoyed my artistic style and asked if we could meet up for some coffee and shoot some photos.  I obliged.

Me and Kris met up at Blind Tiger Cafe in Ybor City.  The plan was to just sort of chat, have a cup of coffee, and talk about some pictures he wanted made of him.  We discussed his recent move to the Tampa Area which started in the town I live in, the life he left behind in Pittsburgh, Wiz Khalifa and Mac Miller, amongst other things.  We ended up walking around a few blocks after a quick cup of coffee and shot some photos.  Afterwards, we ended up grabbing a beer and talking politics at The Bricks and called it a day.  Kris is a great dude and I am glad he reached out.  Cheers, dude.  Here’s a few photos from our meet up:

All photos were taken with my Voigtländer Bessa R3A w/ 40mm Nokton on Lomography 100 and scanned on a Pakon 135 scanner. 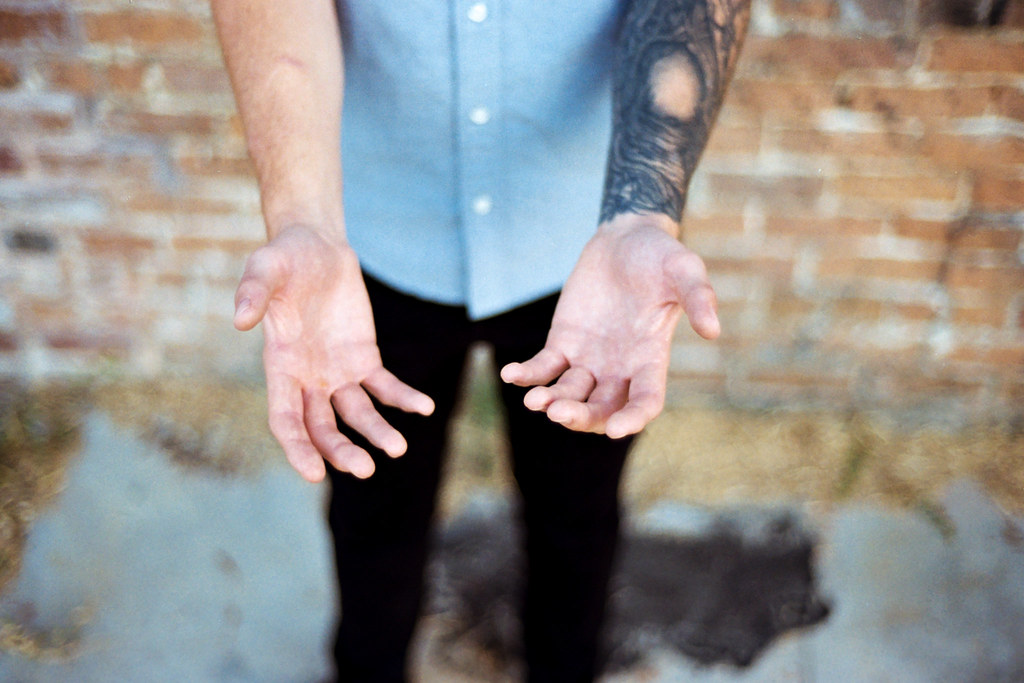