Today’s feature comes from Daniel Rodriguez. Daniel tells a story from his perspective of a Mexican-American that most likely echoes true to many first-generation citizens.  His work as well as his written story make you understand what many people in America go through on a daily basis: floating in the in-between of identifying and understanding their cultural roots while also attempting to solidify their identity as an American citizen.  Daniel brings us on his (and his family’s) journey back to Mexico to document the town in which his father emigrated from to find his place in two different countries.

Foreign Observer is a photo series that took me three years to complete and is centered on how I was able to reconnect with my cultural roots through photography. When my dad immigrated to the USA over thirty years ago the only sentence he could confidently deliver in English was “One Jumbo Jack and a Strawberry Shake, please.” A few years passed and he became fluent in English, met my mom, got married and, had 3 kids. 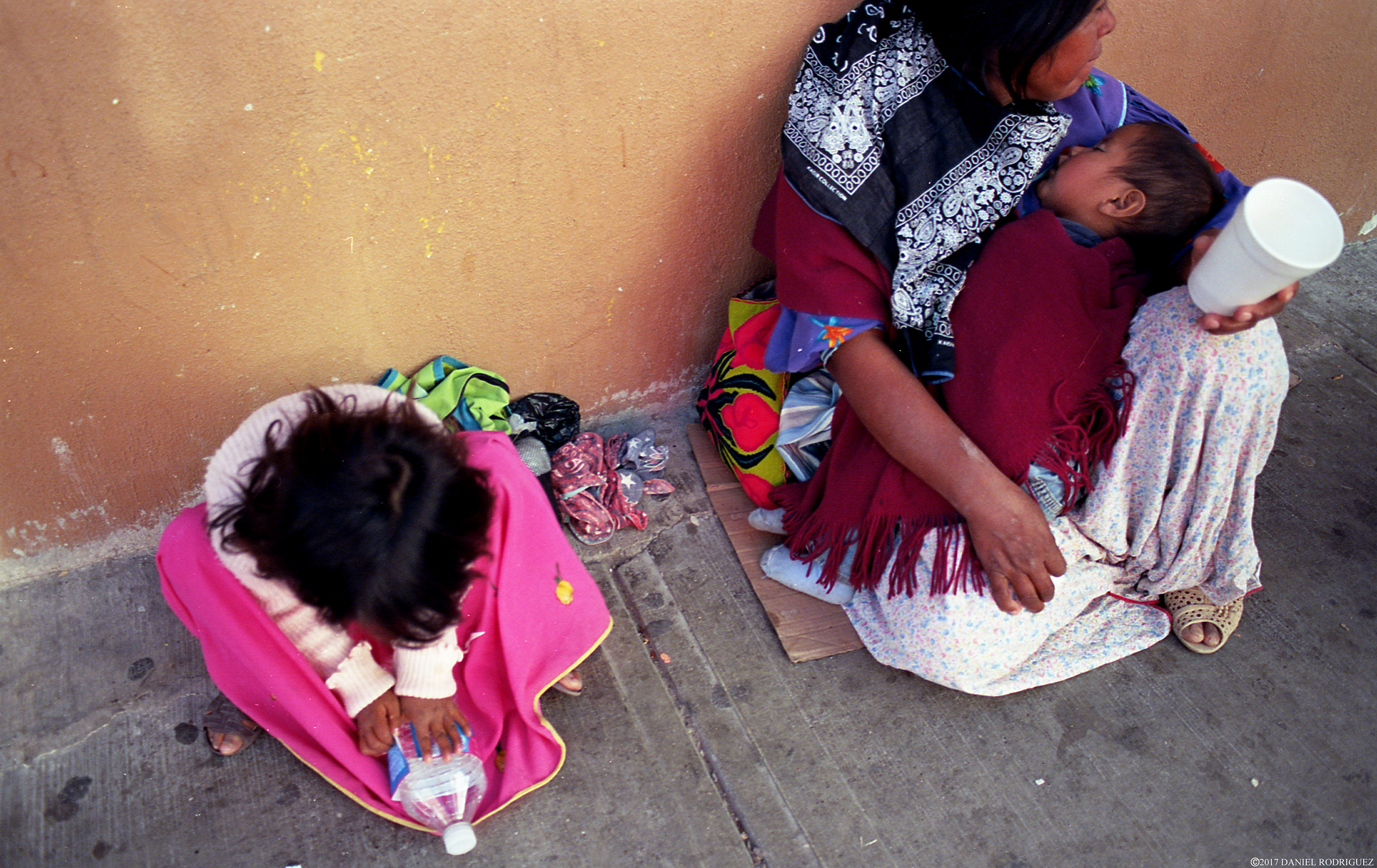 My mom was born here in the states, but was a child of immigrant parents and understood the hardships of life in Mexico. My parents wanted my siblings and I to have that same understanding as well as the knowledge of where we came from. Once my dad became a legal citizen in the 90’s, we would take trips down to Mexico as a family every other year. The trips consisted of lots of handshakes with family we had never met, fireworks, and a temporary suspension of my parents’ anti-junk food rules. These trips felt more like a vacation to me than an opportunity to connect with my culture but that all changed once I became a teenager. 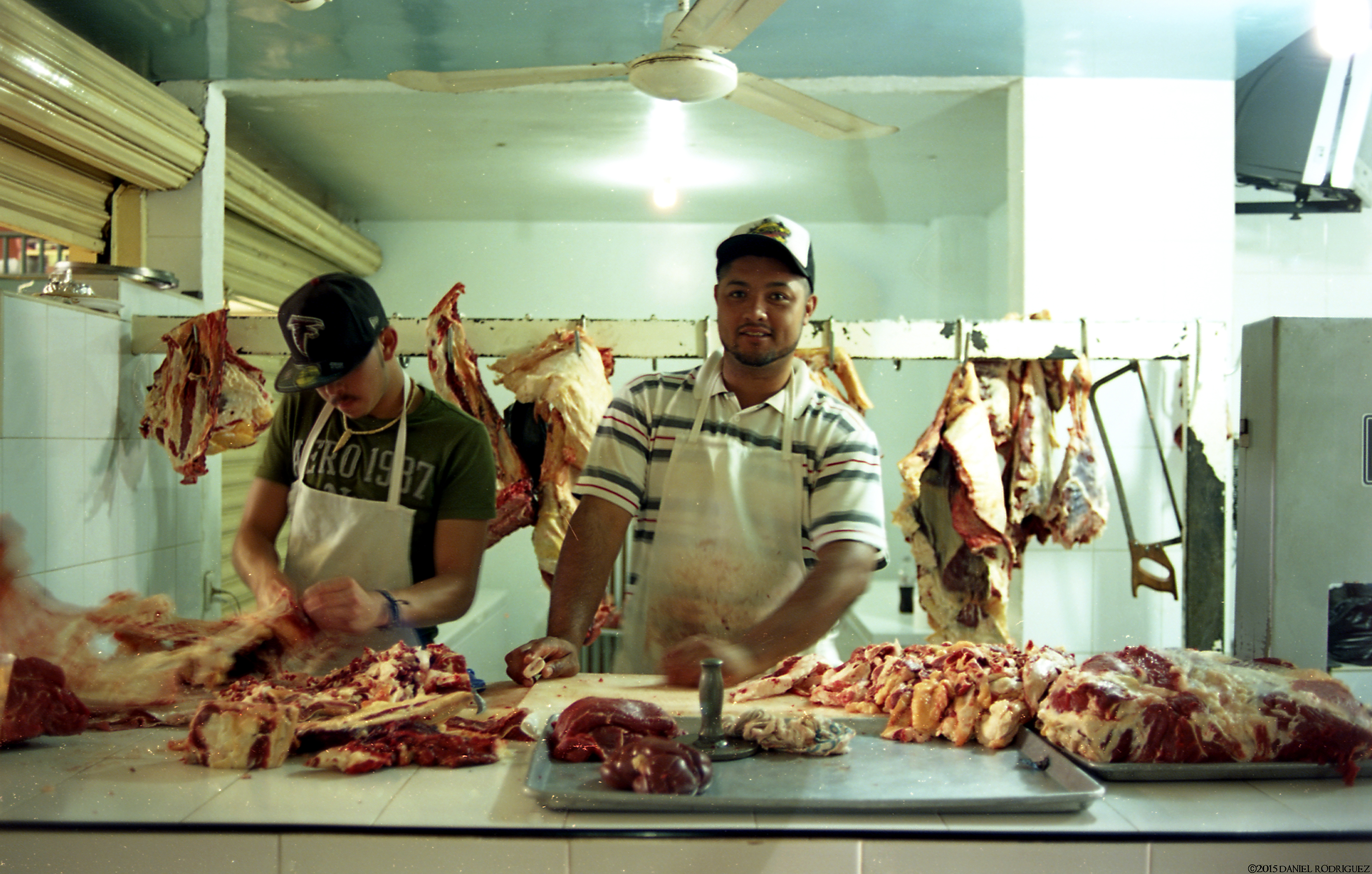 I had dealt with an unusual amount of discrimination as a child and was often treated differently by American kids for being “too Mexican” while also be teased by Mexican kids for being “too American”. I never felt like I fit in anywhere and somehow felt like a foreigner in each land. I remember being 13 years old and walking around the streets of Calvillo, Aguascalientes with my dad wondering how different my life would be if I would have grown up here instead of California. 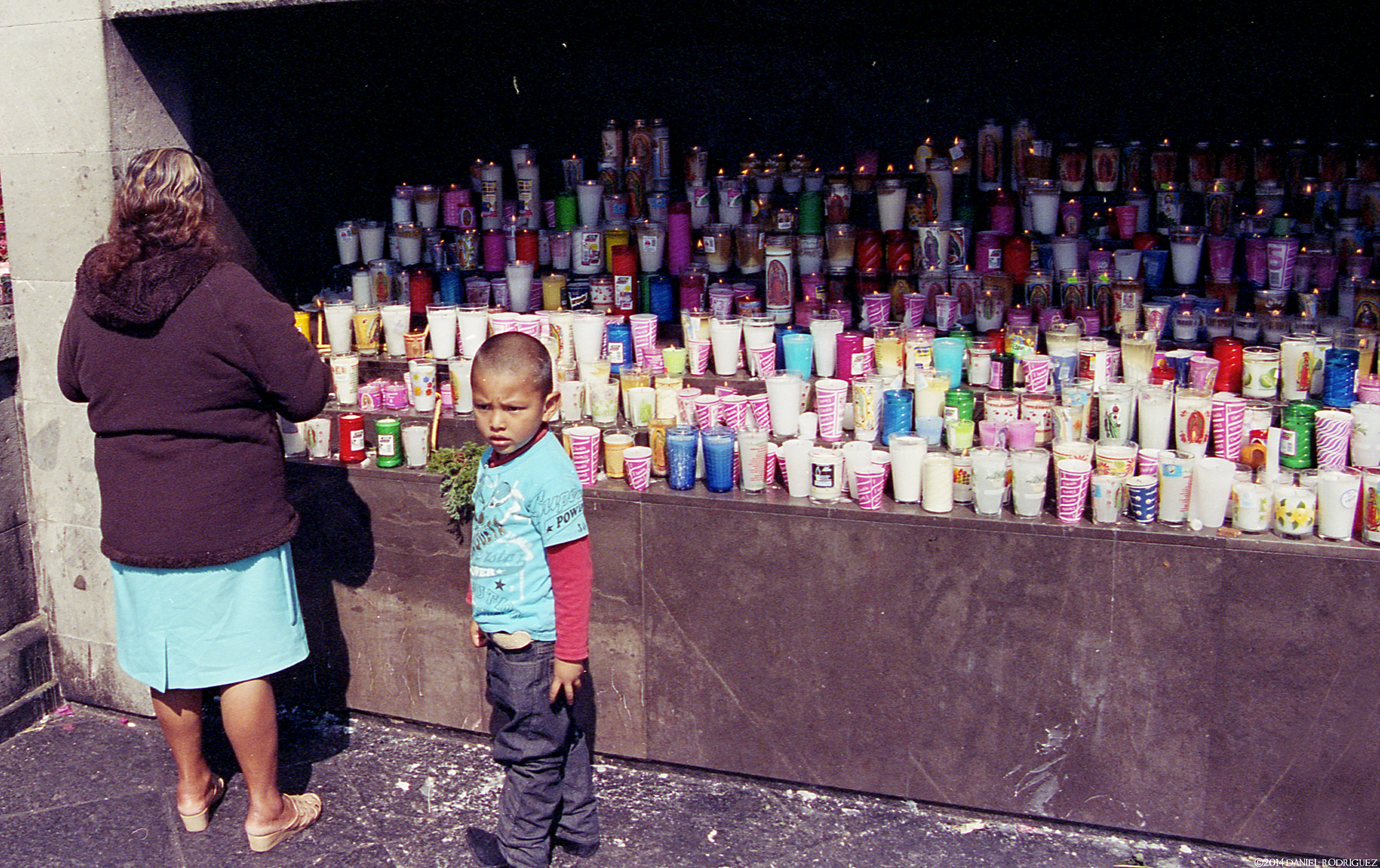 Would I have discovered my passion for art? Oh man, and what about my love for music? What does it really mean to be an American or a Mexican? I promised myself I would go back next year with my family and finally get a grip on where I fit in between these two cultures, but… the events of September 11, 2001 had happened and new international travel laws required passports cross the US/Mexico border.  It was going to take a lot of part-time summer job hours earn enough for a passport. 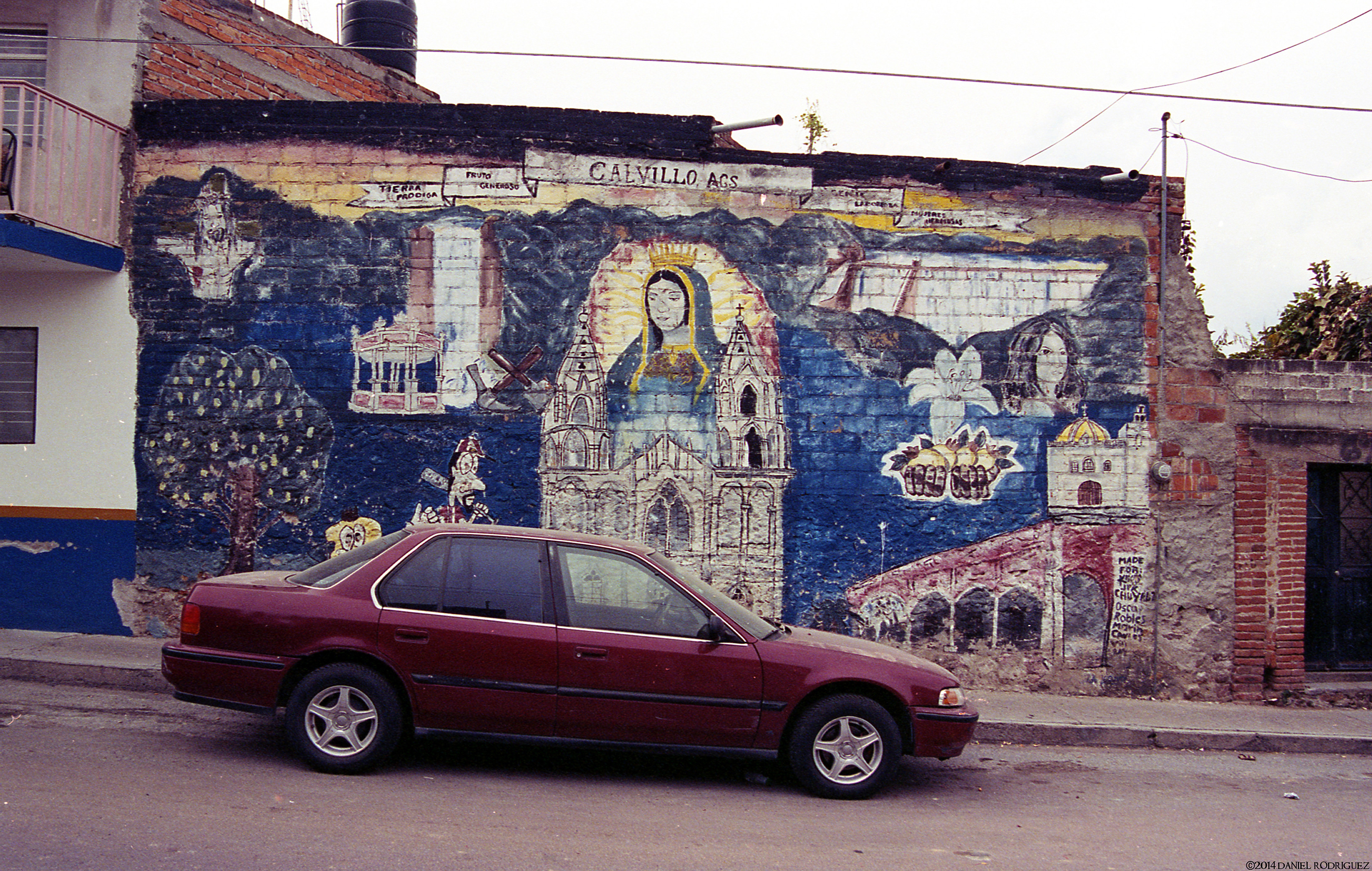 Pretty soon after that my attention shifted to learning photography, the San Diego Punk Rock/Hardcore scene and my turbulent teen years which bled in to my awkward twenties. Before I knew it, over 10 years passed without visiting Mexico. 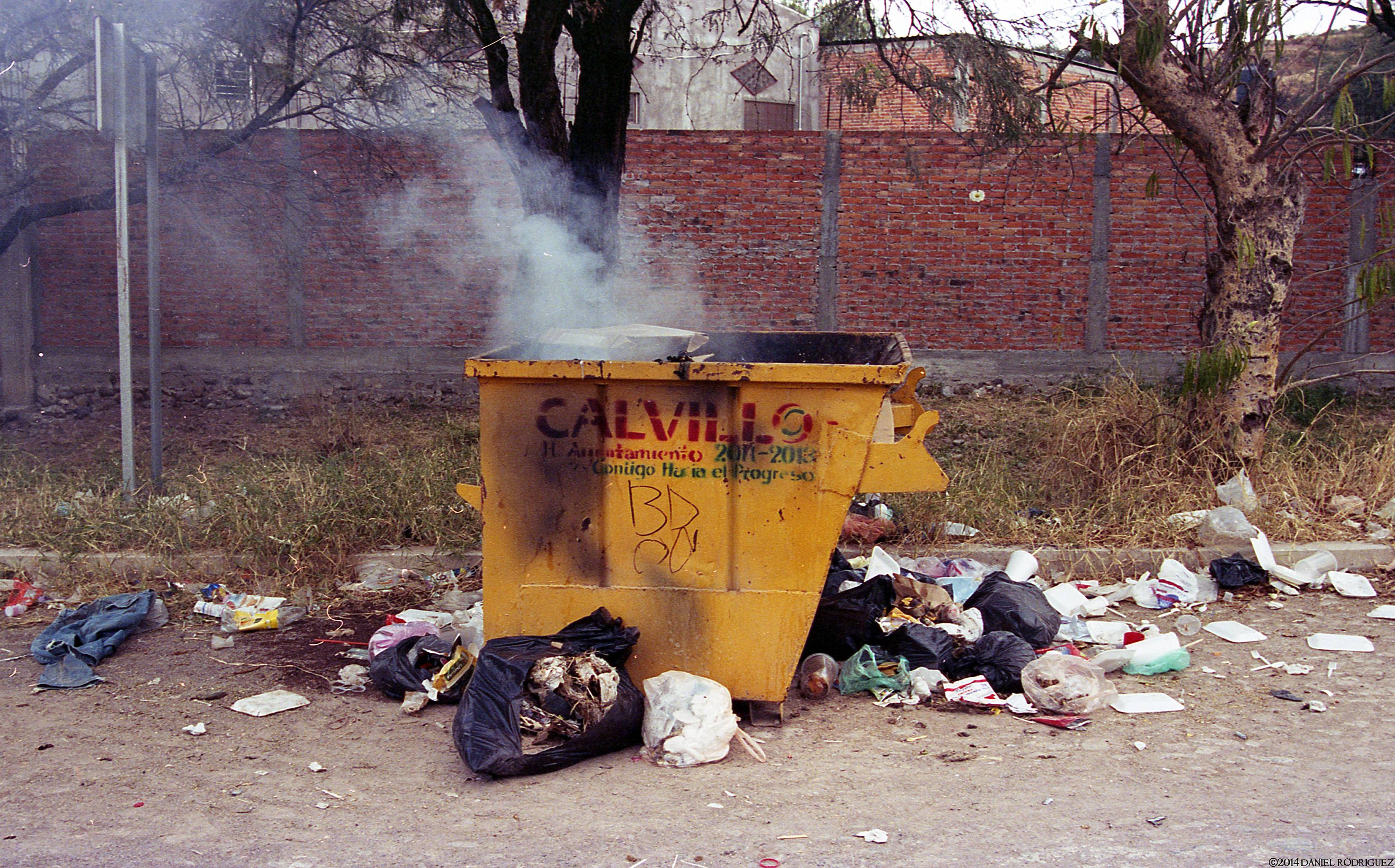 I returned to Mexico in 2014 with my family in hopes of closing the chapter I started in December 2000 and photographing the experience. I knew I was going to bring my trusty Nikon N80 with my 35mm F2 lens and 28mm F2.8 lens but I couldn’t decide on what film stock to bring. After thinking things over, it seemed best to take a street photograph approach for this project and I convinced myself to use Kodak Portra instead Kodak Ektar (which is usually my preferred color film) in order to benefit from the faster film speed. I had never really shot with Portra and I was immediately dissatisfied with the results of that first trip back. 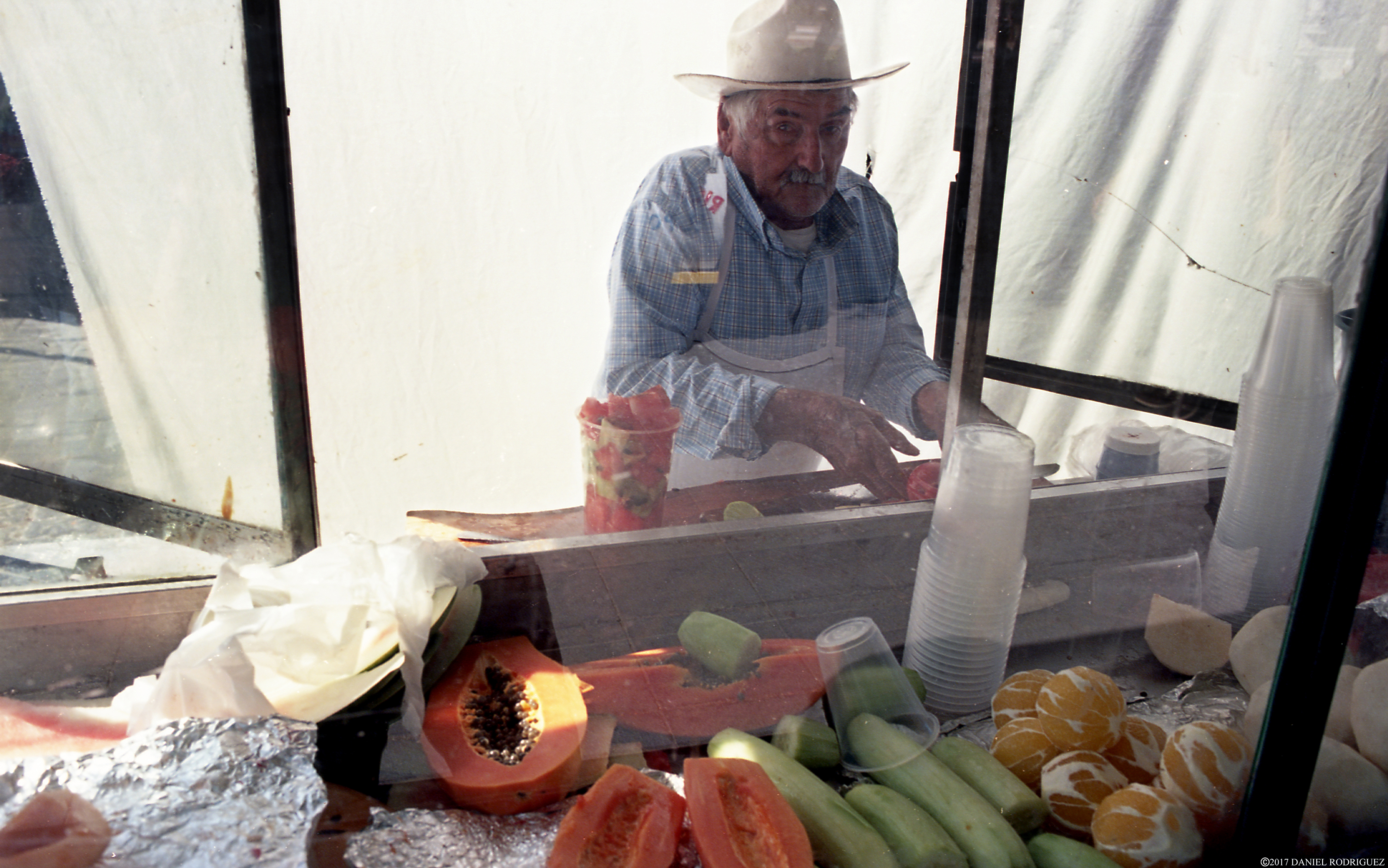 I wanted make up for my error in judgement and I ended up shooting almost 40 rolls of Ektar after my subsequent trips in 2015 and 2016. It took a couple months to hand develop, scan and edit all the images but it was such a relief to see my images with the punchy colors and contrast that Ektar is famous for. These shots are a direct result of me walking around aimlessly for hours on end and interacting with the city. I stick out like a sore thumb when I walk around and take pictures since it’s such in small town. Between the guava orchards, churches and bars, there isn’t much to do there. 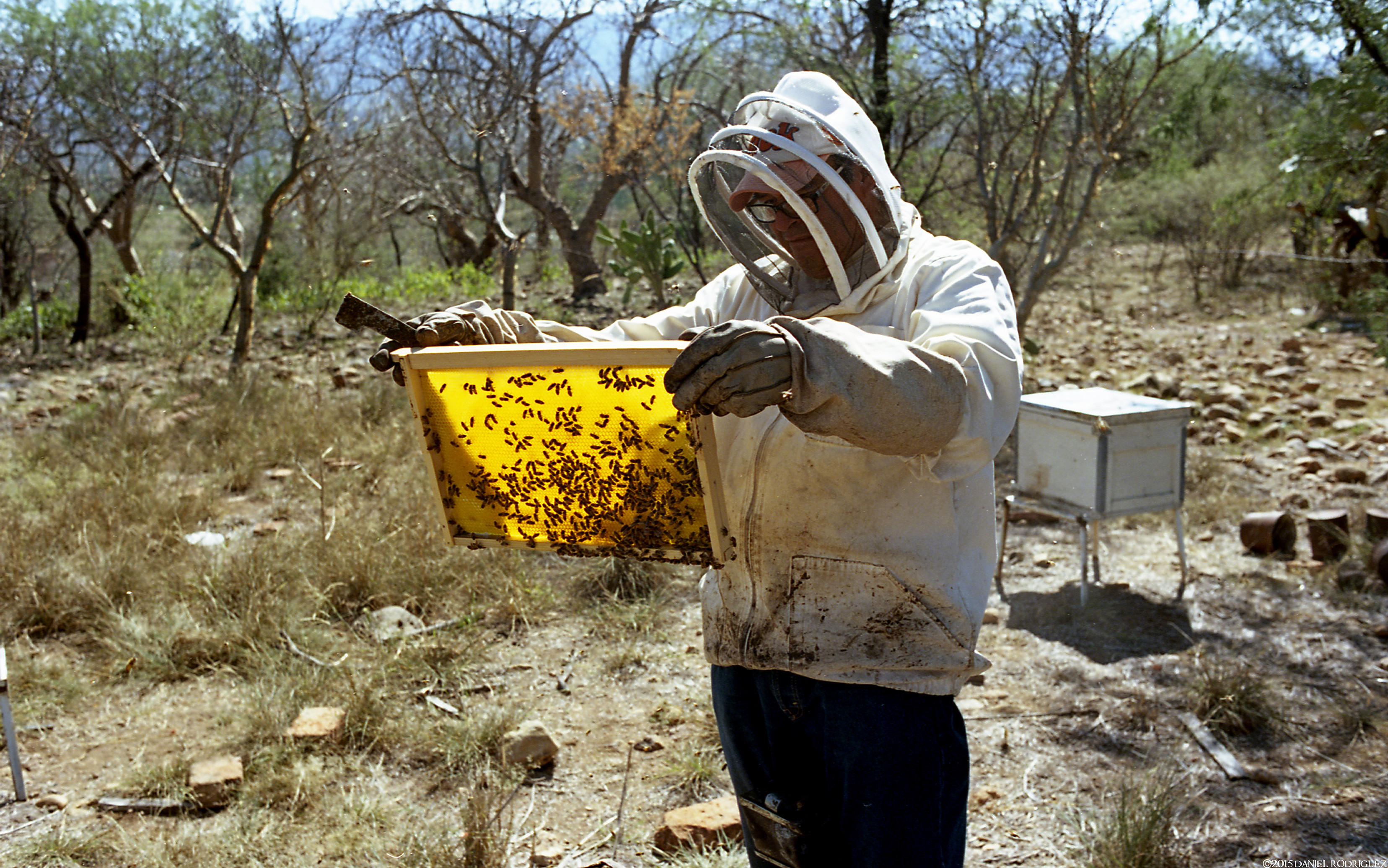 My dad rented a car and took my Mom and I on a drive during one of our last days there. I spotted a corn field and asked him to stop so I can snap a few pictures. I hopped a fence and walked in to a cornfield to shoot the bundles of corn stalks piled together like giant yellow pyramids. 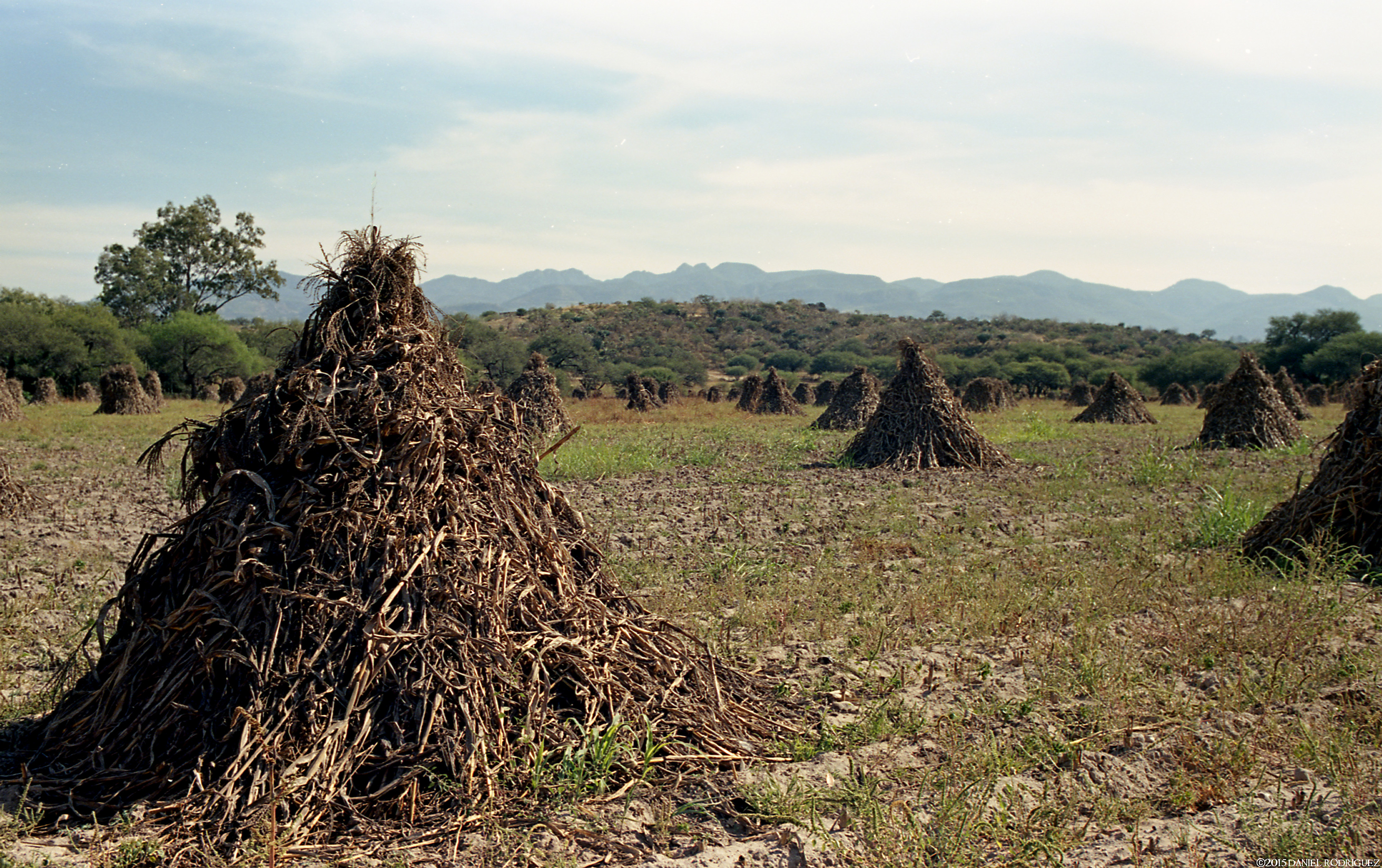 When I came back to the car, an old man was speaking to my dad and I instantly got nervous and thought he was mad at me for being on his property. I introduced myself as I approached him and he asked me which news channel I was shooting for as he shook my hand. I explained that I was not a reporter, but just a photographer from the U.S. and that I’m here to capture the city my dad immigrated from. He was surprised that someone had taken so much interest in this little city and he praised God for giving me the opportunity to document it. 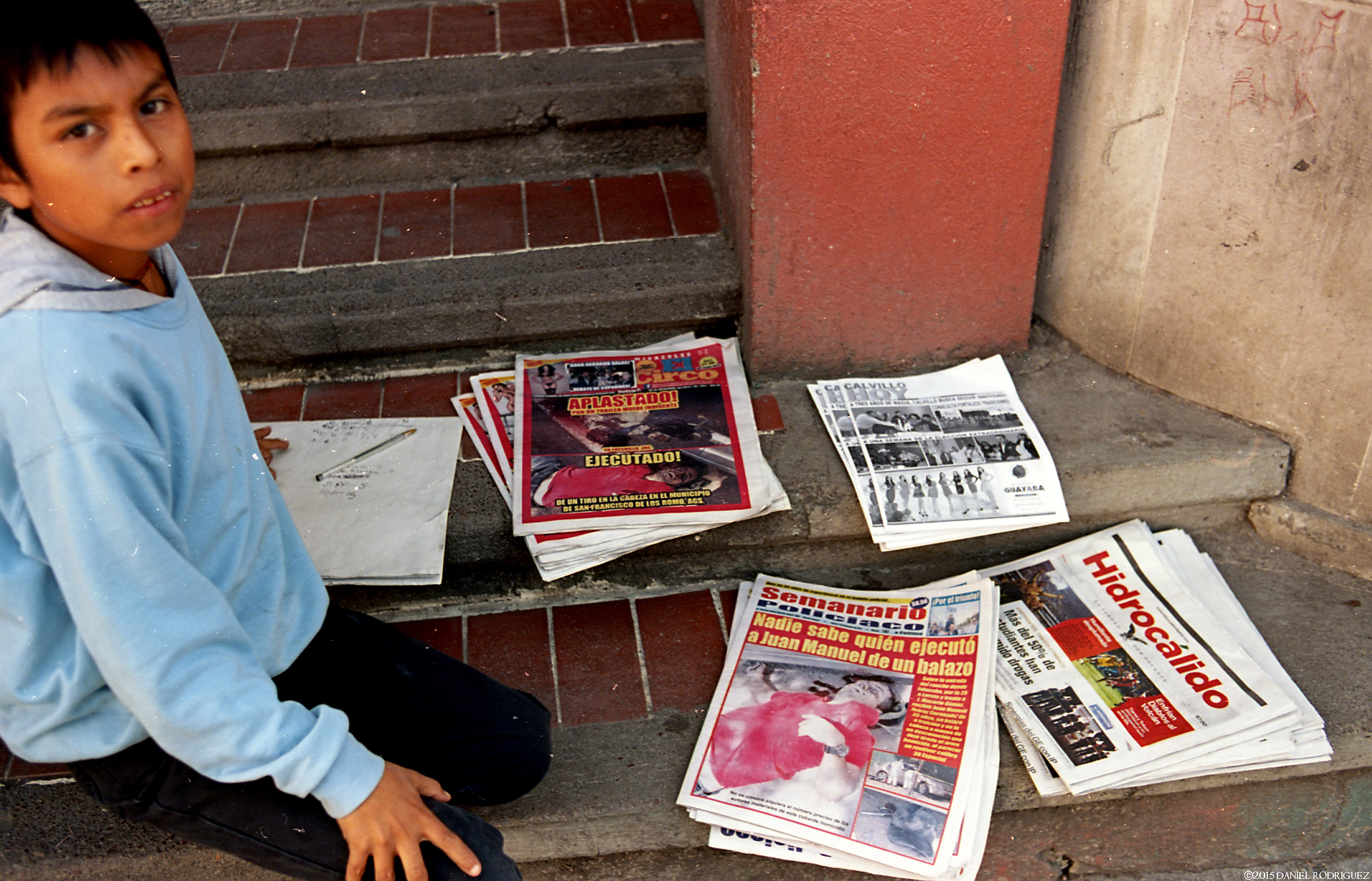 He said to me, “Listen, son. I think it’s a beautiful thing you’re here capturing these landscapes and finding the beauty of this land. Never forget that you’re a part of this land and its yours as much as its mine, or your fathers. Your home exists on both sides of that border and you know why? Look over there… That’s my home. It may be small and it may be simple, but it’s also yours. You are welcome to it at any time. Whether its a glass of water or a bed to sleep in, it’s there if you need it.”

If you would like to purchase this project in print, Daniel is selling the work here.