Today, I am going to share my workflow for scanning my medium format film as well as some things I have learned along the way.  As always indicated, I don’t necessarily have a very professional way of doing things, yet just a process that has worked for me after a whole lot of trial and error, especially when it comes to this specific process.

After just helping my buddy Ryan learn how to develop C41 film about a week ago, I decided that it would great time for me to not only show him a few things that I do during my scanning process, but to also share those things here as well.  So, here are a handful of tips and tricks from beginning to end of the scanning process. 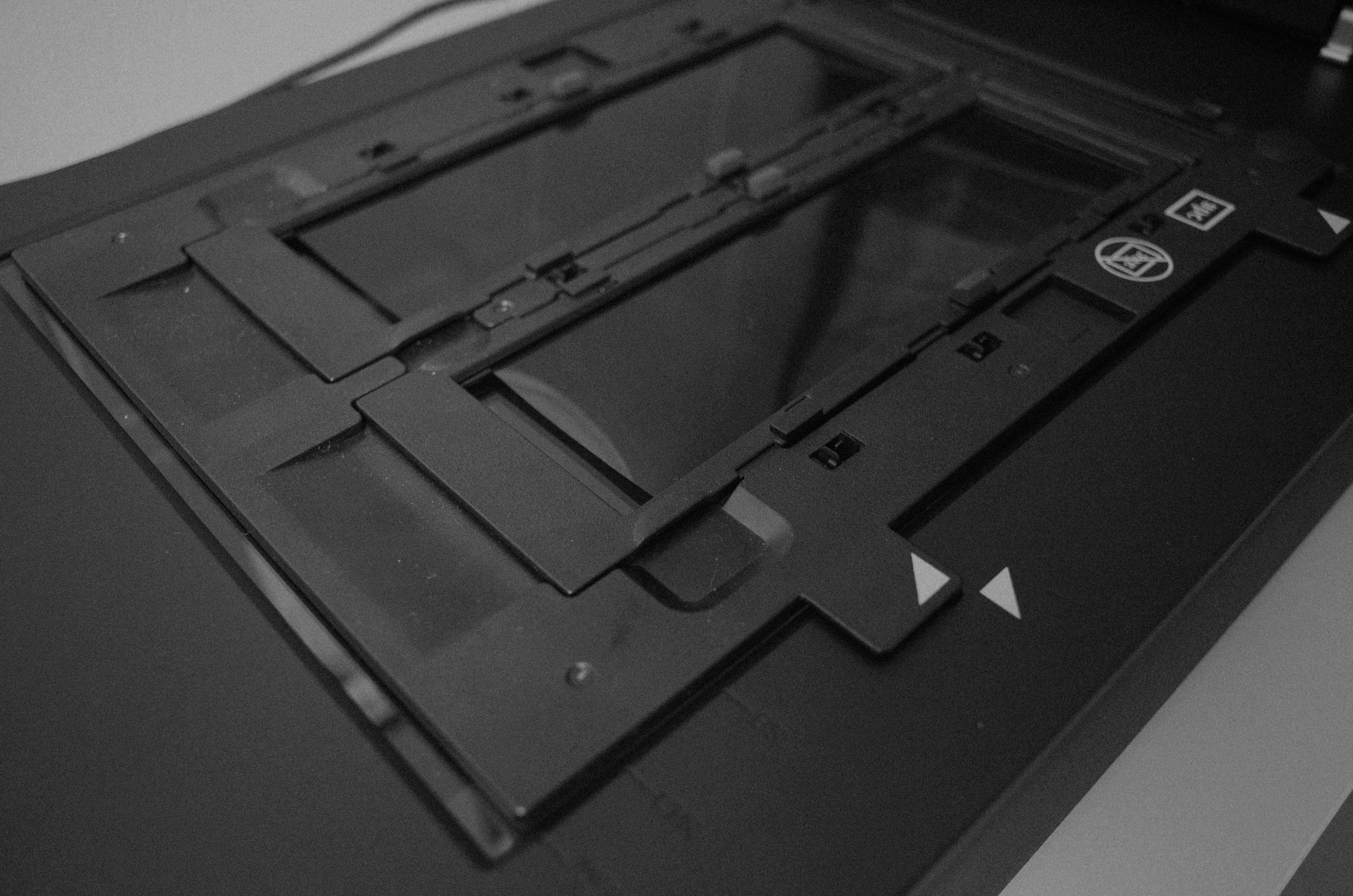 Flatbed scanning is not only just one of the very few avenues to take when digitizing negatives, but it’s probably one of the more affordable and time-efficient routes as well.  Used commercial scanners made by Fuji or Noritsu are a bit out of most people’s budgets, and so are new dSLR bodies if they don’t already own one, and drum scanners are somewhat of an elusive mythical creature that only few have access to.  Personally, I have never tried the dSLR method, and have yet to have access to a drum scanner, so flatbed scanning has been my go-to since the start of scanning in my own film.

About two years ago, I found a Epson V700 in a local Craigslist ad and ended up negotiating quite a deal on it with everything included: scanner, cables, and stock film holders.  I’ve thought about upgrading to some Better Scanning holders, but I have yet to lose my patience enough to do so.

Apparently, the V700 is rather favorable compared to most of its predecessors since you can scan two strips of film side by side simultaneously.  Older Epson scanners only allow for a single negative strip at a time.  So, doubling your efficiency might be a selling point if you’re in the market to start scanning your own film. Since I’ve purchased my V700, I’ve figured out a few things from my experiences, online research, and other photographers on how to get the favorable results out of my flatbed scanner set up.

Step 1: Letting your film dry and naturally flatten out

Especially when I first started developing on my own film, I had such an urge and impatience to scan it as soon as I thought it was dry enough.  Of course, you could wet scan the film, but I find that the bow or curve in the film (especially with the stock film holders) is reason enough for me to just wait until the film is as dry and straight as possible.  When I hang my film, I simply attach a binder clip at each end of the film and hang from a push pin or something similar.  I usually wait a day or two for drying, cut it into adequately sized strips depending on camera format, and store until I am ready to scan.

This step might be self explanatory for some, but I think it still needs to be said.  You should clean the scanner glass surface before each scanning session, if not between each load-in of negatives.  Properly prepping and cleaning the scanning surface is going to save you an enormous amount of time in the long run, especially in post-processing and removing potential dust and hair in Photoshop or Lightroom later on. 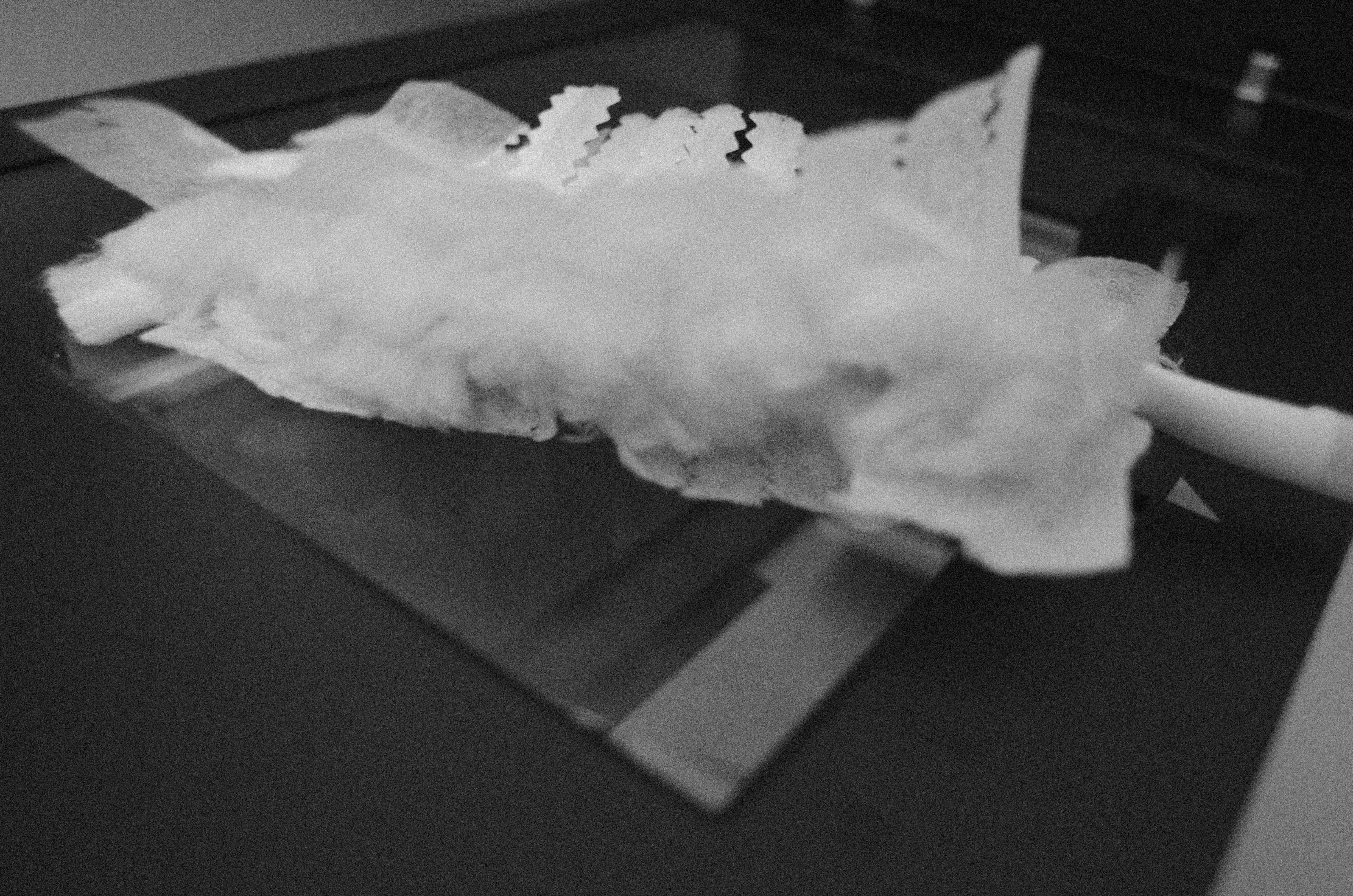 For quite some time, I was wasting a lot of time removing dust and hair thanks to my two cats no matter how much lens cleaner or microfiber cloths I used.   I’m pretty sure it somehow made it worse at some points.  But now, I have learned and don’t have to do anything too invasive to clean my scanner glass.  After speaking with my friend Timothy of We Believe in Film and Analog Talk, I have found that a handheld Swiffer duster may be the single best investment one can make.  Just a light grazing across the surface takes care of 95% of the dust issue.  For anything a bit more stubborn, glass cleaner and microfiber cloth work best for me.  Anything that makes it past these two preemptive methods, is usually a rather quick fix in the post process.

Step 3: Using Scanning Software to Get the Best out of Your Scans

I have tried a few different options for scanning software, but I have found that the EpsonScan software works just as well as VueScan and SilverFast for what I need it to do.

Typically, I run my settings at 3200 dpi, 48-bit color (says 24-bit in the screenshot, oops), and turn off any extraneous “features”.  I put features in quotes because I find them to be more of a hinderance than anything else; degrading sharpness, and elongating the actual scanning process.  My goal is to get the cleanest, flattest (both in terms of physical form and color) scan, to retain the most detail as possible in the most efficient manner so I can minimally edit things later on in Photoshop or Lightroom.  The best way to do that is to simply start with a clean scan bed and clean negative. 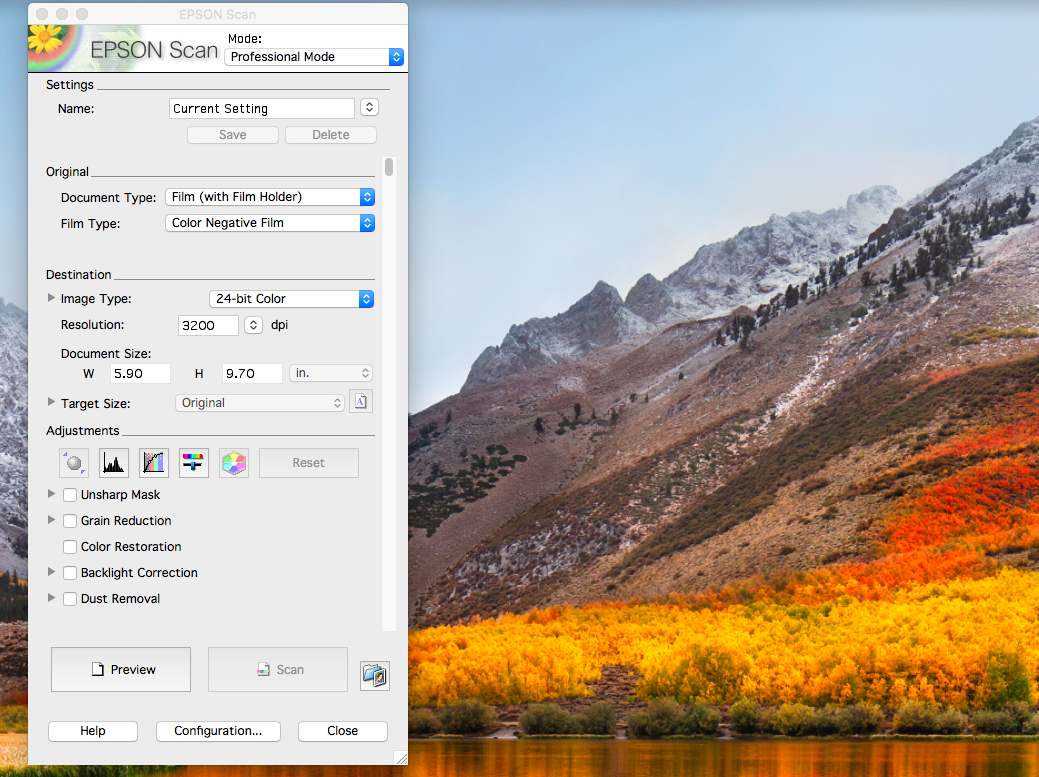 Tip: After running a preview of the negatives, I utilize the “Normal” view of the interface so I can use the marque tool to make selection boxes around the photos.  When selecting the photos, I initially try a selection a bit larger than the photo.  However, this usually results in a discolored preview and scan.  I am still unsure as to why this is but I have figured out that the best way to combat this is to make your selection within the photo.  Yes, you’re sort of losing a bit of the image by doing this, but it saves a lot of time in color correcting later on.

marque selection outside of the image results in poor color quality

marque selection inside of the image usually prevents poor colors

At this point, I have been pretty happy with how my initial scans come out without manually changing things or moving sliders, however I do sometimes find it necessary to make slight adjustments to the levels sliders (read more about this here) to adjust the clipping points.  A little adjustment here can sometimes make quite the difference in improving the quality of your raw scans.

When saving images, I typically save as TIFF  and then finish up in Photoshop or Lightroom.

After opening an image in Photoshop, the first thing I do is rotate and crop back to the correct ratio which may have been lost in selecting the photo with the marque tool in EpsonScan. 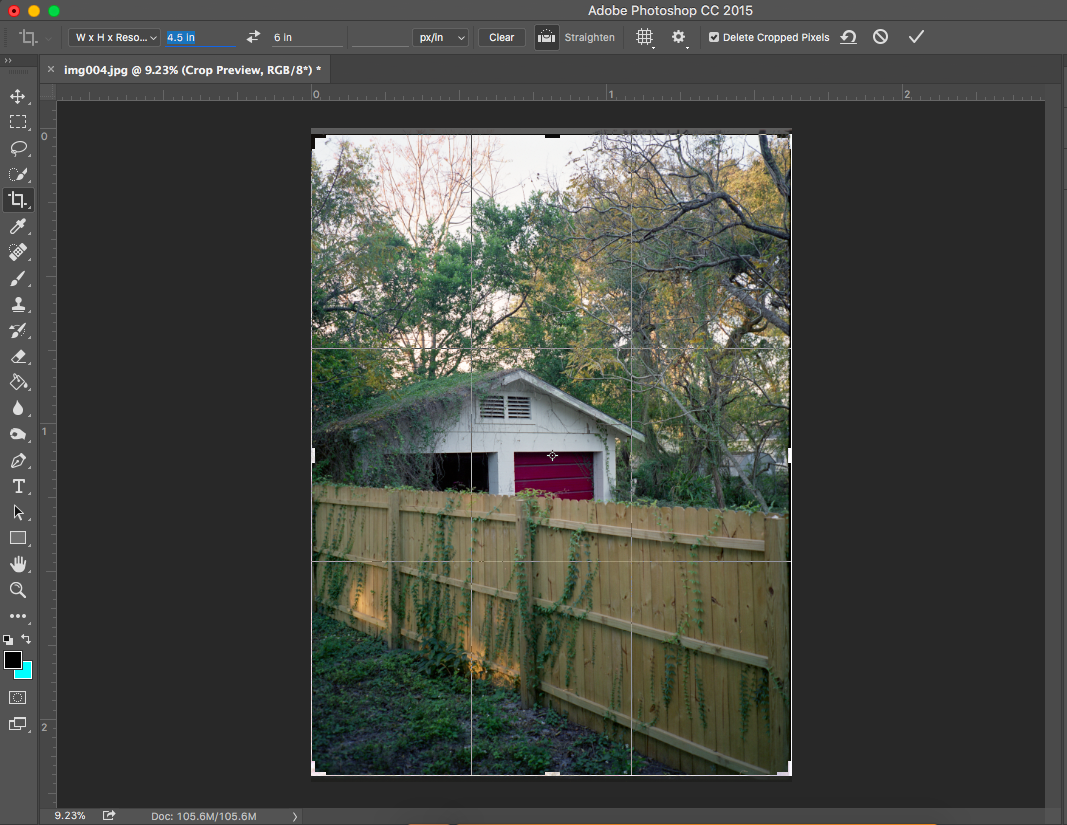 After a crop, I usually go to town on any dust and hair with the spot healing brush tool.  Next, I open up the levels an move the shadows and highlights in to the ends of the histogram.  If this is done ahead of time in EpsonScan as mentioned earlier, you probably will not have to do this step at this point.  And sometimes, this is all it takes, as seen here:

If there is any imbalance in the color, then I will open up the curves menu and take out or add color where needed. In this example, I took out a bit of green to even it out.

Lastly, if I am not satisfied after a levels adjustment, I may mess with the exposure slider a little bit.

Of course, there are many things I could do better, but I like to keep things as simple as possible, so this is what gives me the best results for what I want.  I also don’t an extreme depth of knowledge in scanning, digital image files, and some areas of Photoshop, but I do have enough knowledge to be content with my results.  I’m still learning how to improve my scanning process and technique, so I am definitely open to advice.  Feel free to share in the comments or via email.

3 thoughts on “ Scanning Medium Format Film with an Epson V700 ”